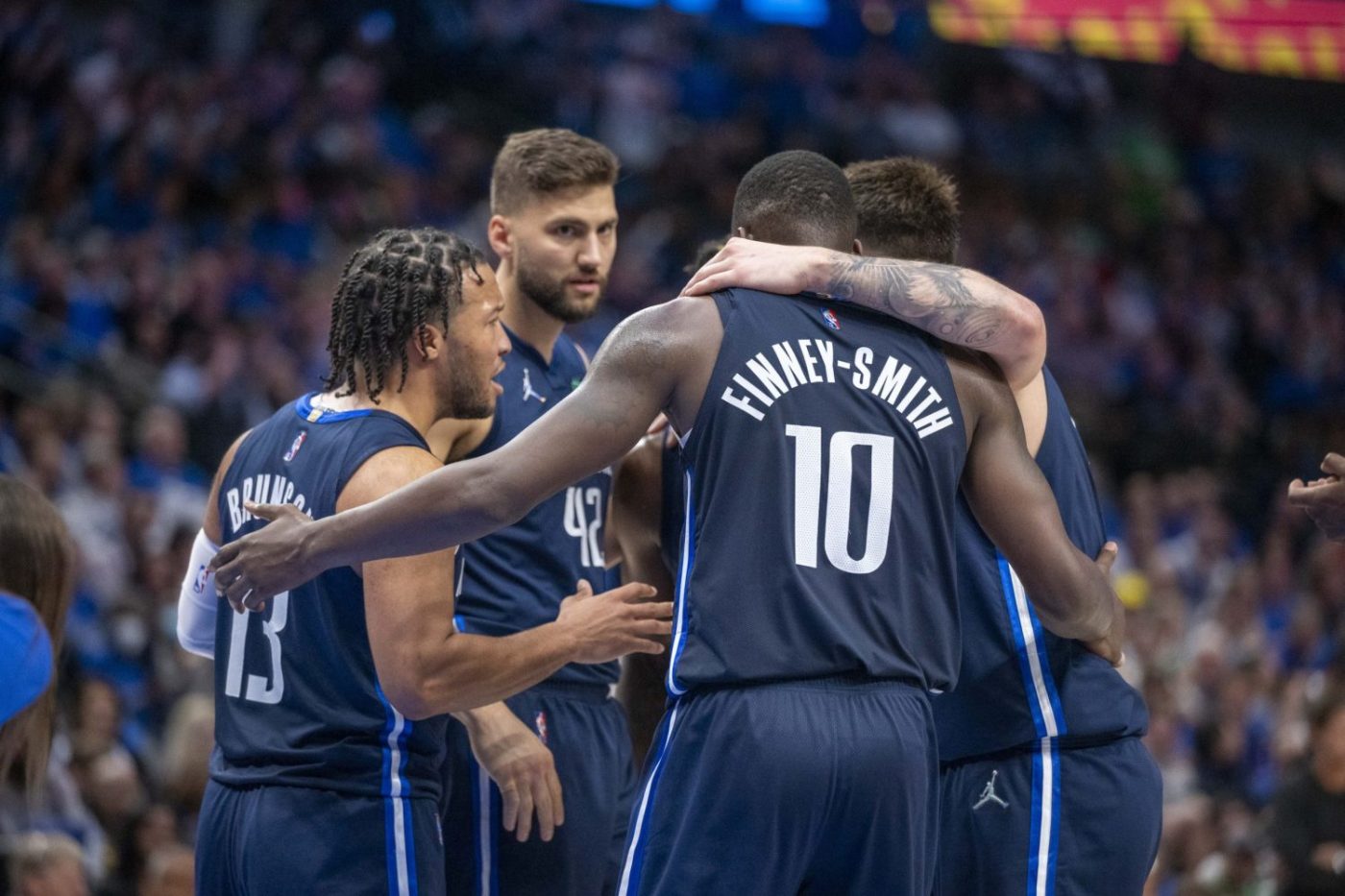 The Dallas Mavericks’ magical playoff run came to an end on Thursday night when they lost Game 5 of the Western Conference Finals to the Golden State Warriors.

Dallas was able to upset the No. 1 seed in the West, the Phoenix Suns, to advance to the Western Conference Finals, but the Warriors proved to be too much, winning the first three games of the series.

Still, Dallas showed that it is close to building a championship roster around All-NBA guard Luka Doncic. According to ESPN’s Tim MacMahon, one Eastern Conference executive thinks the Mavericks could win a title as soon as the 2022-23 season.

“‘They’re one player away,’ an Eastern Conference executive told ESPN, suggesting the Mavs could win a title as soon as next season if they figured out a way to add an impact center — in the mold of 2010-11 Tyson Chandler — who could be a primary Doncic pick-and-roll partner, rebounder and rim protector,” MacMahon wrote.

“It’s an opinion shared by several other rival coaches, scouts and executives who have recently discussed Dallas’ outlook with ESPN.”

With Doncic leading the way, the Mavericks are going to be as dangerous as any team in the NBA next season.

Dallas made a major move at the league’s trade deadline this season, flipping big man Kristaps Porzingis to the Washington Wizards in a deal that brought Spencer Dinwiddie back to the Mavericks.

Dinwiddie was solid for the Mavericks following the trade, but the team did lose a true rim protector with the departure of Porzingis.

The Mavericks will have several options that they can pursue this offseason in free agency and the trade market. A few players that come to mind include Mitchell Robinson, Deandre Ayton and Myles Turner.

The Mavericks should also get back wing Tim Hardaway Jr. next season. He missed a good chunk of the 2021-22 season with a foot injury.

Dallas showed that it has potential to be one of the best teams in the NBA, and that is not lost on the rest of the league.