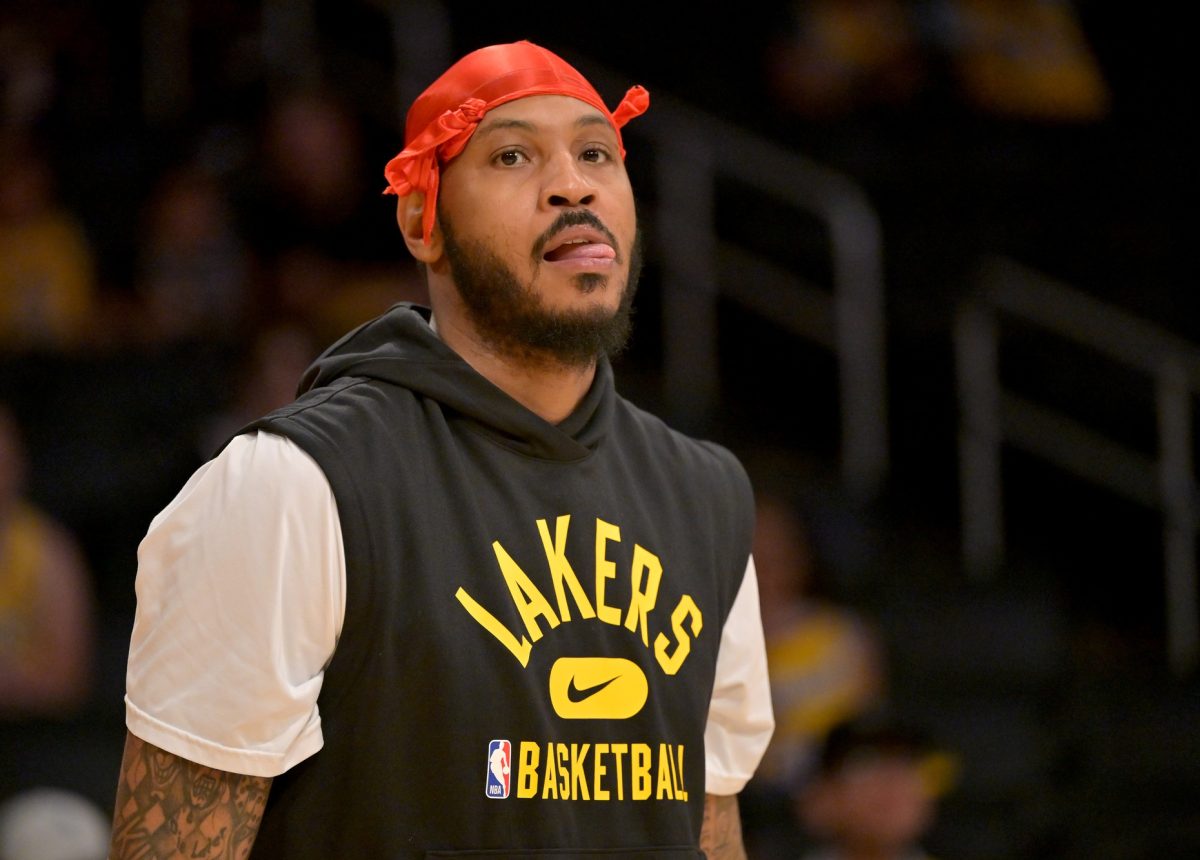 The New York Knicks reportedly have had “internal conversations” about bringing veteran forward Carmelo Anthony back to New York.

“According to a source, Knicks brass has had internal conversations about Anthony,” the New York Post’s Marc Berman wrote. “Though more pressing concerns about how to rebuild a franchise that’s missed the playoffs eight of the past nine years have taken precedence.”

The Knicks could use more proven scorers on their roster, but the team also has several young players that it needs to find minutes for in the rotation. If the Knicks bring back Anthony, it might bump a young player like Quentin Grimes or Obi Toppin from the rotation.

During the 2021-22 season, Anthony played a big bench role for the Los Angeles Lakers. He averaged 13.3 points, 4.2 rebounds and 1.0 assist per game while shooting 44.1 percent from the field and 37.5 percent from beyond the arc.

The Knicks saw some success during Anthony’s first stint in New York. He also won the league’s scoring title in the 2012-13 season.

New York missed the playoffs in the 2021-22 campaign after it earned the No. 4 seed in the Eastern Conference in the previous season. Bringing in Anthony would be a win-now move by the Knicks, but the team has more needs than just bench scoring to address this offseason.

Knicks fans may love the idea of having Anthony back on their side in the 2022-23 season, but he likely isn’t the team’s top priority heading into the offseason.