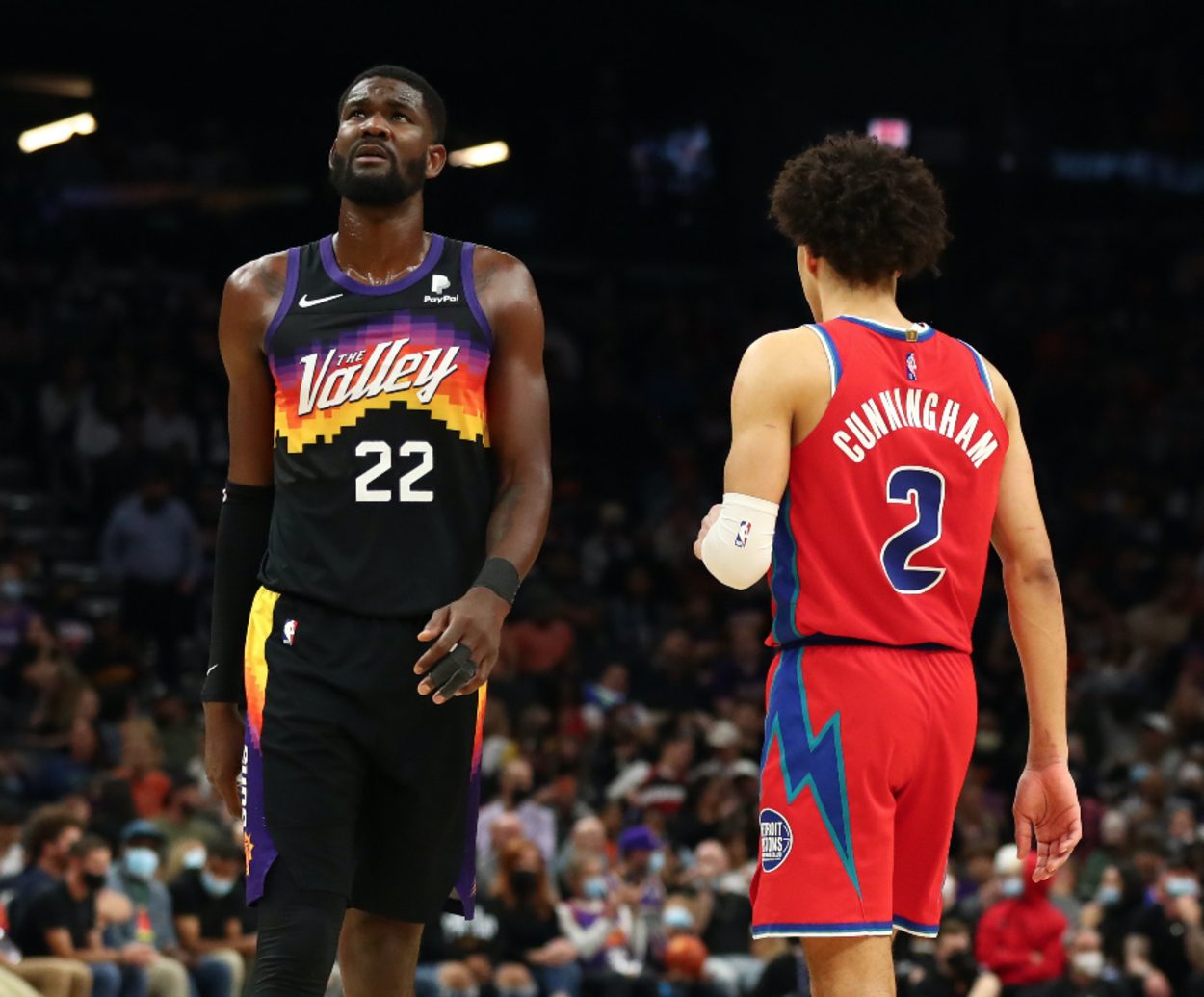 On Wednesday, the Detroit Pistons completed a trade that sent forward Jerami Grant to the Portland Trail Blazers.

The move was seen primarily as a way for the rebuilding franchise to free up some cap space in order to surround youngster Cade Cunningham with a supporting cast that can turn the Pistons into a winning franchise once again.

For quite a while, people have pegged Phoenix Suns big man Deandre Ayton as a potential target for the Pistons. According to a recent report, Ayton would be happy to team up with the No. 1 overall pick from the 2021 NBA Draft.

“Word is Ayton, furthermore, would indeed embrace the concept of teaming with Cade Cunningham to form a new Pistons two-man core,” Marc Stein reported on his Substack.

Ironically, Ayton was previously seen as a member of a two-man core alongside Devin Booker in Phoenix. The team then acquired Chris Paul, and championship aspirations returned to the city. The team advanced to the Finals in 2021 but lost to the Milwaukee Bucks.

Last season, the Suns failed to repeat that level of success and were bounced earlier in the playoffs. Ayton seemed unhappy with the team at times during the playoffs, and it was then that major rumors started to swirl that his time with the team could soon come to an end.