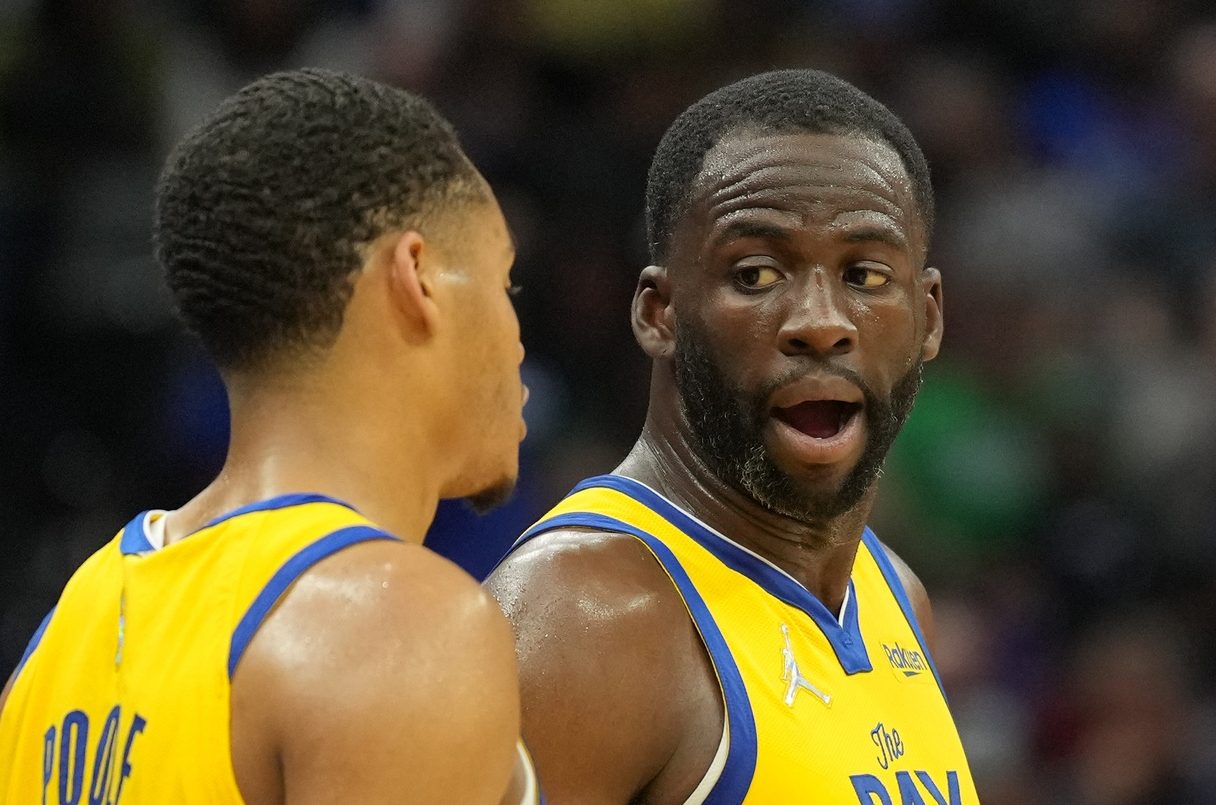 Golden State Warriors superstar Draymond Green recently made headlines for the wrong reasons after it was reported that he punched teammate Jordan Poole during a team practice earlier this week.

This isn’t the first time that Green has caused some chaos with another athlete. Back in 2016, he was arrested for allegedly punching Jermaine Edmondson, who was then a Michigan State University football player.

“I was talking to one of my teammates when Draymond bumped into me and I said, ‘Hey bro can you at least say excuse me?'” Edmondson said in a statement to the East Lansing Police Department about the incident. “… I asked who he was to think that it’s okay to bump into somebody without saying excuse me. He then said, ‘I pay for n—– like you scholarships.’ Then I started to say you have me messed up before I was choked out by two guys who were with him.”

“I think about what happened with Draymond every day,” Edmondson said. “I still feel his hand on my jaw.”

In an interesting new twist, it seems like the former defensive back took some time out of his day recently to speak about the incident between Green and Poole.

It seems like Edmondson is definitely enjoying the fact that Green is getting torched for his actions toward Poole. It’s almost as if Edmondson has been waiting a while for Green to be seen as a villain by many.

It will be interesting to see where the Warriors go from here. Before video of the incident between Green and Poole leaked, Warriors executive Bob Myers said that all matters would be handled internally and Green likely wouldn’t miss any games.

Bob Myers said that Draymond Green apologized to the Warriors this morning, but he did not practice with the team. Myers says Green’s punishment will be dealt with internally.

Myers said he doesn’t expect Draymond Green to miss any games due to any punishment from the team.

Given that footage of the incident has now made the rounds on social media, something the Warriors are reportedly very upset about, that could definitely change. Golden State’s next preseason game is set for Sunday afternoon against the Los Angeles Lakers.

Both Green and Poole are currently up for contract extensions, and one can only wonder if this incident will play a role in who gets one and who doesn’t. There are many out there that believe the Warriors should let Green walk and choose to pay Poole over him.

Ever since entering the league, Green has established himself as a key piece of the Warriors core that has won four titles in eight seasons. It’s hard to imagine the Warriors without him, but this incident might force Golden State to make some tough changes.