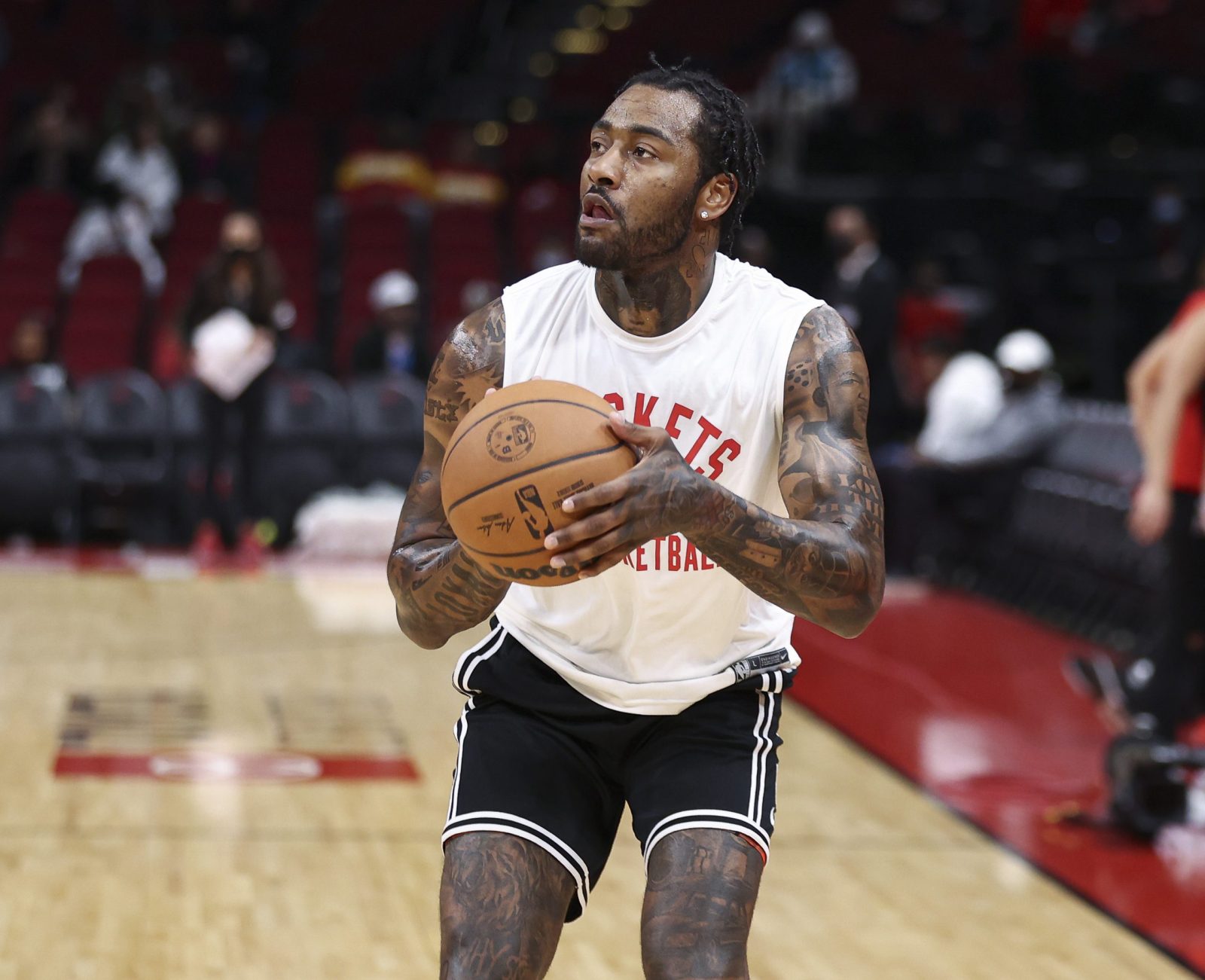 Houston Rockets veteran guard John Wall has not appeared in a game this season.

Before the 2021-22 campaign started, Wall and the Rockets made a plan for the 31-year-old to not see game action this season.

More recently, Wall reportedly expressed his desire to get back on the floor with the Rockets in a substantial role, but the organization apparently doesn’t love that idea.

It now sounds like some teams are emerging as potential suitors for Wall if he does find himself wearing a different uniform in the near future.

“But executives around the league believe Wall as an unrestricted free agent would have suitors he’d never see if his current deal remains in place,” wrote David Aldridge of The Athletic. “One general manager volunteered the Kyrie Irving-less [Brooklyn] Nets, in a reserve role behind James Harden, or the [Milwaukee] Bucks as viable destinations. That is, if Wall were playing for the minimum.”

It would certainly be interesting for NBA fans to see Wall playing for a contending team. The five-time All-Star has never won an NBA title, but there would be potential for that to change if he were to join a team like the Nets or Bucks.

It sounds like Wall would be a backup point guard for the Nets, who are still without Irving. It remains to be seen if Irving will play at any point this season.

As for the Bucks, Wall would likely serve as a nice depth piece for them. It’s unclear exactly how much gas he has left in the tank, but the former No. 1 overall pick showed some encouraging flashes at certain points throughout the 2020-21 season.