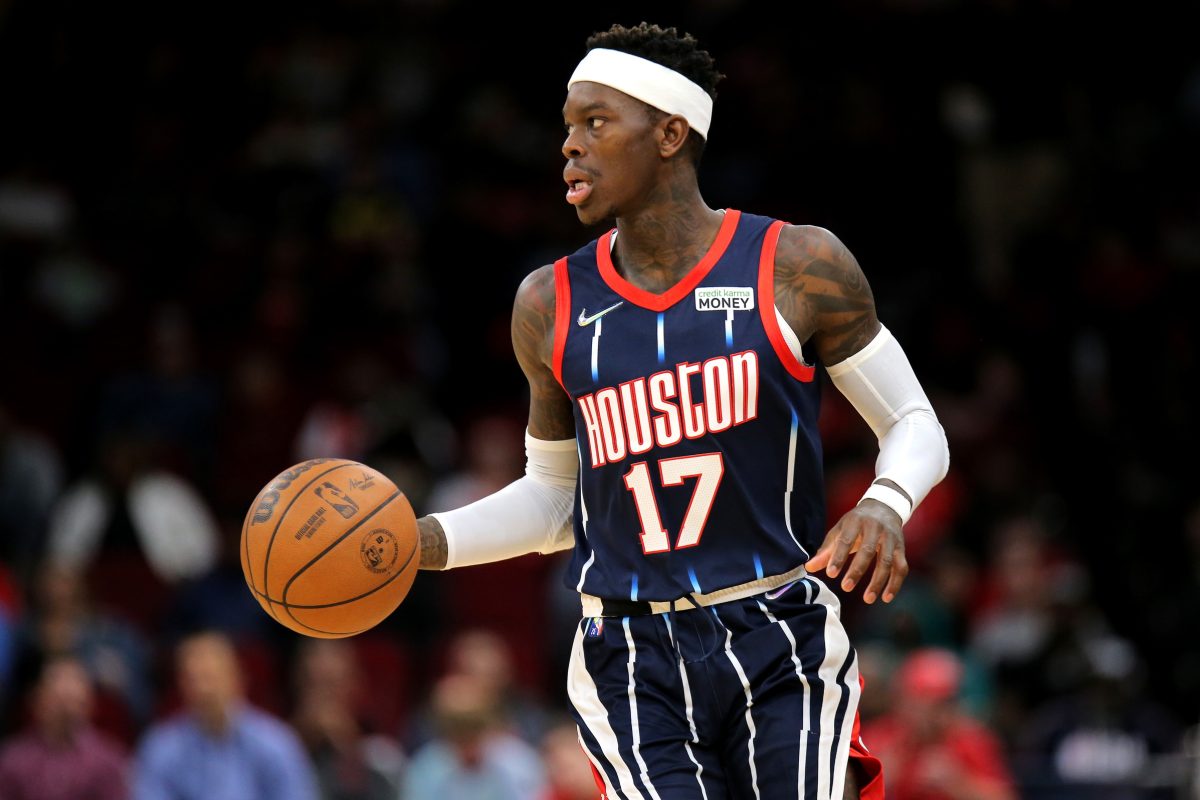 Guard Dennis Schroder has gone through some rocky waters in his NBA career lately.

After rejecting a rather large deal from the Los Angeles Lakers during the 2020-21 NBA season, Schroder had few prospects in the 2021 offseason.

He ended up signing a one-year deal with the Boston Celtics. Then, just before the trade deadline in the 2021-22 season, the Celtics traded Schroder to the Houston Rockets.

He ended up playing in just 15 games with the Rockets, starting four of them.

Now, according to a recent report, Schroder will likely be on his way to yet another team. He isn’t expected to re-sign with the rebuilding Rockets this offseason.

“With regards to their own free agents, Dennis Schröder is liked in Houston, but he’s expected to have a new home for the 2022-23 season, sources told The Athletic,” Kelly Iko wrote. “Schröder arrived at the February trade deadline and brought professionalism, experience and speed to a team in need, but with Daishen Nix on tap, as well as [Kevin] Porter, [Josh] Christopher and [Jalen] Green, there’s a real need to clear minutes for the roster’s developing young talent. Schröder is 28, in the prime of his career, expecting to play big minutes and compete deep in the playoffs.”

During the 2021-22 season, Schroder averaged 13.5 points, 3.3 rebounds and 4.6 assists per game in 64 appearances. That’s solid production for a guard, but it is certainly not the kind of production that is going to reap a huge amount of money on the open market.

It is possible that Schroder will look to take another one-year deal like he did with the Celtics. However, that is an obvious financial risk for a number of reasons.

It is also possible that the 28-year-old will choose to sign with a team on a lengthier deal. However, for that to happen, a team is going to have to have pretty strong interest in him.

Schroder has proven to be an effective player throughout his career. Arguably his best stretch came when he was with the Oklahoma City Thunder. Perhaps he will look to join a team that is willing and able to give him a similar role to the one he enjoyed with the Thunder.