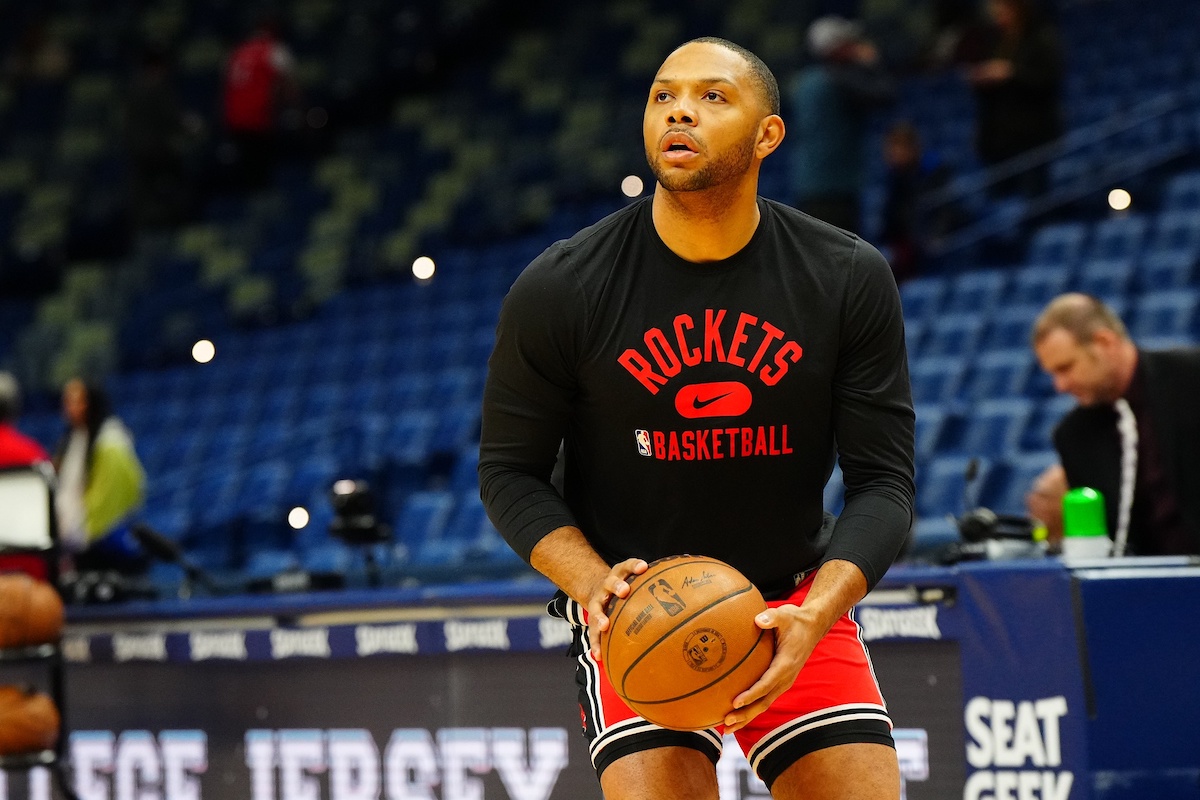 For much of his tenure with the Houston Rockets, veteran Eric Gordon has seen his name involved in trade rumors.

Teams across the league have consistently shown interest in him in recent years, but he has remained with the Rockets.

It seems like Gordon might be staying with the team for a little while longer, as there is “no urgency” to trade him, according to a recent report.

“While Houston Rockets veteran guard Eric Gordon drew trade interest around the draft, there’s no urgency to trade him currently,” wrote HoopsHype’s Michael Scotto. “Houston views Gordon as an asset on the court and a veteran mentor to the young core.”

The Rockets have a nice young core with Jalen Green, Kevin Porter Jr. and Jabari Smith Jr. It seems like the team likes Gordon’s experience and knowledge around the youngsters.

Gordon also still has two seasons left on his current contract, so there’s no need to rush in looking for a potential deal. However, unless Houston gets blown away by an offer, it seems like it might not want to trade him at all.

The former first-round pick would be a nice pickup for contenders across the league. Last season, he averaged 13.4 points, 2.0 rebounds and 2.7 assists per game while connecting on 41.2 percent of his shots from beyond the arc.

It’s no secret as to why so many teams have tried to acquire him in the past.

After two very rough seasons, the Rockets are hoping that their youngsters can lead the organization back to the playoffs. That might be hard to accomplish this season in a stacked Western Conference, but the future sure is very bright in Houston.