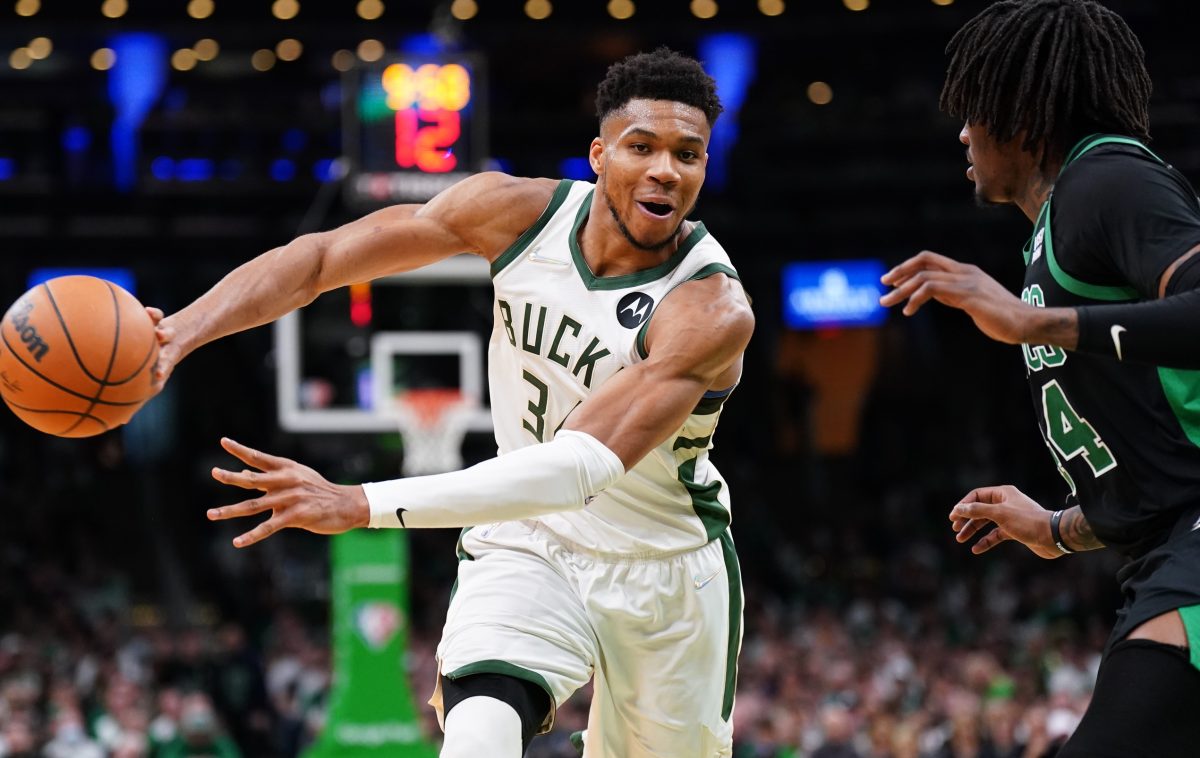 The top player in the NBA today is arguably Milwaukee Bucks superstar Giannis Antetokounmpo. While there are many stars in the league, the Bucks star has shown an ability to earn both personal and team accolades.

At just 27 years old, he’s already got a resume that is worthy of the Hall of Fame, but he is far from satisfied. Antetokounmpo seems to have the kind of drive that is rarely seen in NBA players.

He recently spoke with members of the press to make it clear that he believes his hard work has played a big role in his ability to dominate the league.

Giannis gives us the key to what really makes players like these great…and it’s not “skill”@thefrankisola | @scalabrine | @Giannis_An34 pic.twitter.com/gZurBBSZyl

“I’m not the most skillful,” said Antetokounmpo. “I don’t have the best shot. I don’t have the best dribble. I believe I’m very good passer. … I think that’s my No. 1 talent. But the thing that makes me a step further than people is the obsession and the discipline I have towards the game.”

When it comes to his most notable achievements thus far, Antetokounmpo has two league MVPs under his belt, one NBA championship and one Finals MVP award.

Though Antetokounmpo certainly tried his hardest last season, the Bucks were hampered seriously by injuries and ended up losing to the Boston Celtics in the second round of the playoffs.

This season, the hope is that the roster will be able to stay healthy heading into the playoffs. If the Bucks can remain healthy, there is little doubt that they have as good a chance as any team to come out of the Eastern Conference and compete for yet another championship.

If the Greek national does manage to get another ring, it seems quite obvious that he will credit his dedication to getting better and obsession with winning rather than his elite ability.

From his humble beginnings growing up in Athens, Greece, to becoming one of the best NBA players of his generation, Antetokounmpo is a truly unique player and person.

Young basketball players with NBA dreams would be wise to heed his words and try to follow his path.