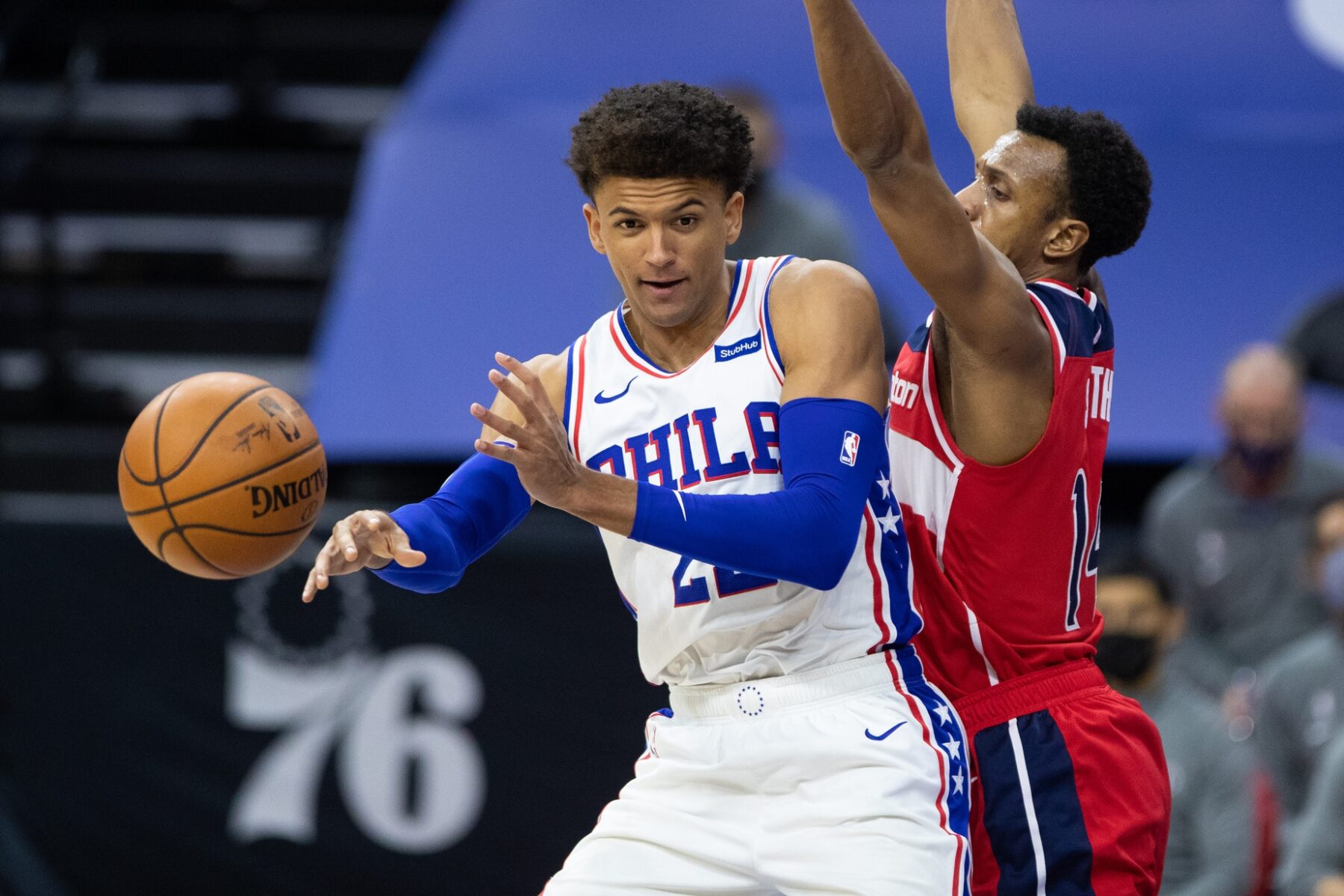 A rival executive reportedly believes that the Philadelphia 76ers or another team could net a lottery pick for swingman Matisse Thybulle at the March 25th trade deadline.

While Philly is currently atop the Eastern Conference standings with a 23-12 record, it could net a decent haul for its second-year wing, according to FortyEightMinutes’ Chris Crouse.

“Matisse Thybulle‘s trade value around the league ranges, though one rival executive tells FortyEightMinutes that he believes the Sixers could net a lottery pick for Thybulle,” Crouse wrote. “It’s unlikely that Philadelphia would seek out that particular offer as the franchise is all-in on a championship run this season. However, should a rival team acquire him as part of a larger deal, they may easily be able to flip the wing into a valuable, more liquid asset, such as a promising future draft pick.”

The Sixers are unlikely to deal Thybulle, who plays 18.0 minutes per game, just for a draft pick, but they could move him in a deal that bolsters their roster.

Thybulle was the No. 20 pick in the 2019 NBA Draft, but he has seen his role diminish this season compared to his rookie year.

Thybulle has appeared in 32 games for the Sixers this season and is averaging just 3.2 points and 1.4 rebounds per game.

If the Sixers try to move Thybulle for a player that will help them win now, it is possible that another team will try to take advantage of the 23-year-old’s value and flip him for a lottery pick.