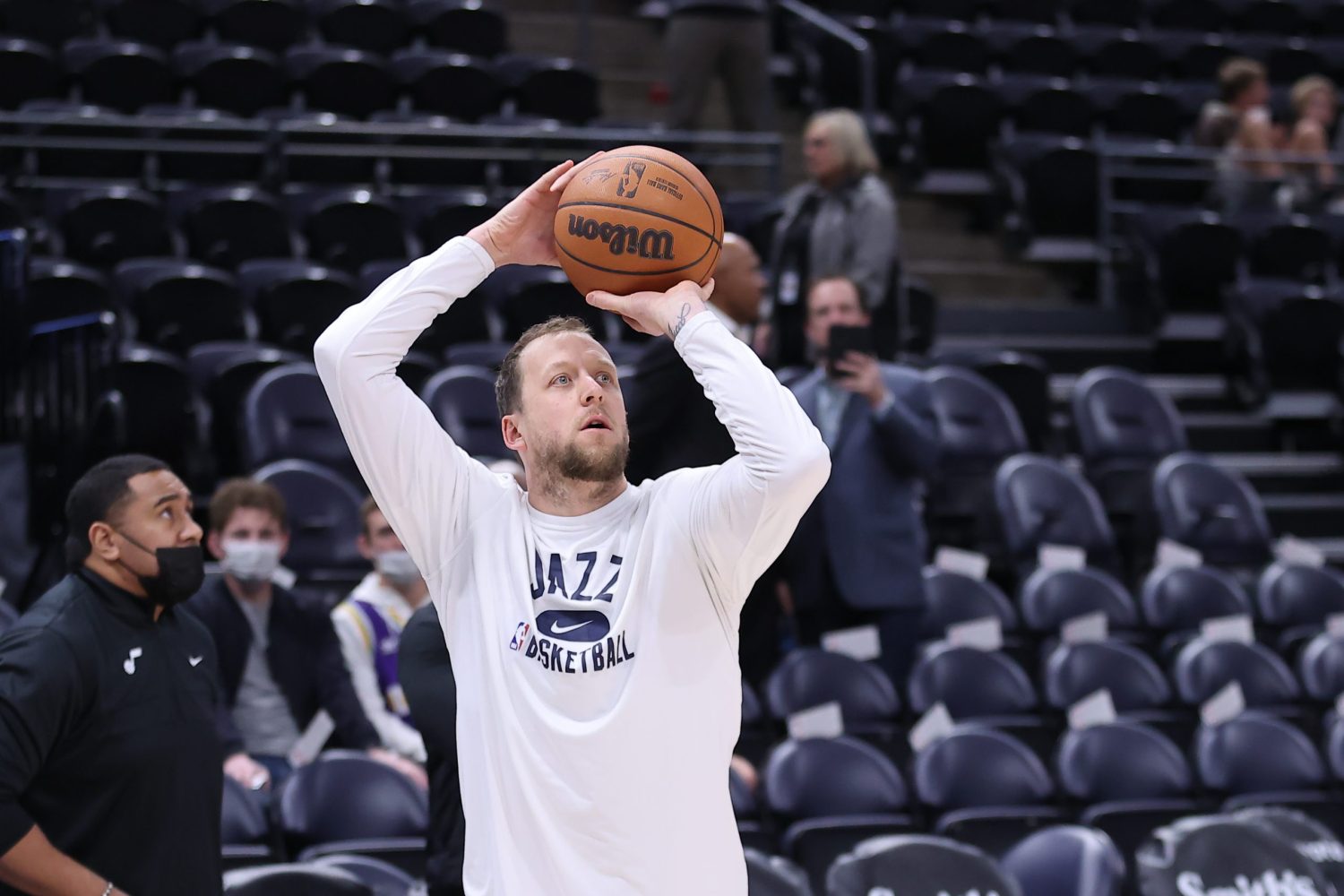 The NBA trade deadline will come around in February, and Joe Ingles is reportedly a “name to watch.”

Rival executives have reportedly speculated about the veteran’s future with the Utah Jazz.

“Ingles is a name to watch up to the trade deadline; in spitballing sessions, a lot of rival executives have wondered what the Jazz might be able to get in exchange for Ingles and a first-round pick,” wrote Zach Lowe of ESPN.

Ingles is playing on an expiring deal, so it wouldn’t be a huge surprise if he were dealt. Ultimately, it remains to be seen if he will find himself wearing a Jazz uniform for the entirety of the 2021-22 campaign.

So far this season, Ingles is averaging 8.0 points, 3.1 rebounds and 3.5 assists per game. He’s getting 24.8 minutes of action per contest. Of the 31 games he has appeared in, six have been starts.

He’s also shooting 44.2 percent from the field and 39.5 percent from deep. Last season, he knocked down a whopping 45.1 percent of his shots from 3-point range. His ability to do damage from beyond the arc would make him an interesting deadline addition for a number of teams.

Ingles is still trying to win his first NBA title. The 34-year-old is playing in his eighth NBA season, but he doesn’t have a ring to show for it. He’d surely love to accomplish that goal sooner or later.

The Jazz certainly look like contenders this season, but only time will tell if Ingles gets a chance to compete for this season’s championship with Utah.