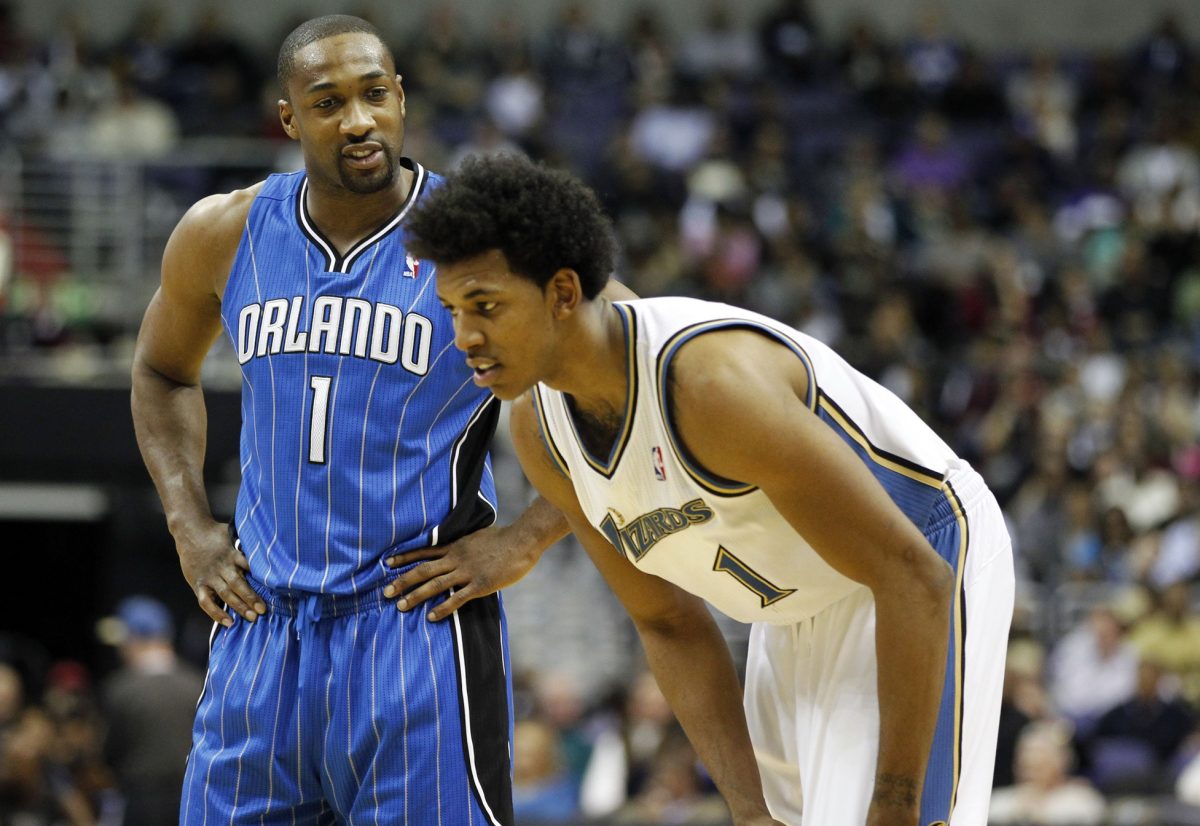 In 2009, the guard brought firearms into the Washington Wizards locker room after a dispute with teammate Javaris Crittenton. The apparent act of aggression had to do with Crittenton’s belief that Arenas owed him $1,100 over a card game.

While this incident was concerning enough at the time, it appears it was far from the only time in which Arenas had some kind of weapon around his teammates. Former NBA guard Nick Young recently claimed that Arenas actually shot him with a BB gun during a Wizards team meeting.

“My dumba– ended up bringing the BB gun to the gym just to scare him, just to play around with him,” Young remembers. “But it was a gun, an NBA gun rule meeting. So, I’m in the meeting and Gil go into my locker room, take my gun, come into the guns meeting, shoot me with my gun in front of everybody while they’re talking about gun rules and stuff. … Nobody said nothing.”

Both Arenas and Young were never known for being the most mature players during their respective careers. Given how much Young seemed to enjoy retelling this story, it appears that the two had quite a lot of fun together while they were teammates.

Of course, the situation that involved Arenas and Crittenton was far more serious. According to former NBA star Caron Butler, the two threatened one another with their guns, claiming that they were going to shoot each other over the relatively minuscule dispute.

Butler recalled the rather scary moment during Wizards practice in his memoir, saying that Arenas told Crittenton to “pick one” after bringing four weapons into the locker room.

Crittenton then apparently showed off the weapon he had brought. Butler claimed that Crittenton had already loaded his weapon and then pointed it at Arenas.

Luckily, no one was harmed during the dispute, but the incident did make national news and impacted Arenas’ reptuation.

Both stories go to show how much goes on behind the scenes in the NBA that fans have no idea about. It seems that sometimes, those things can get quite dangerous.