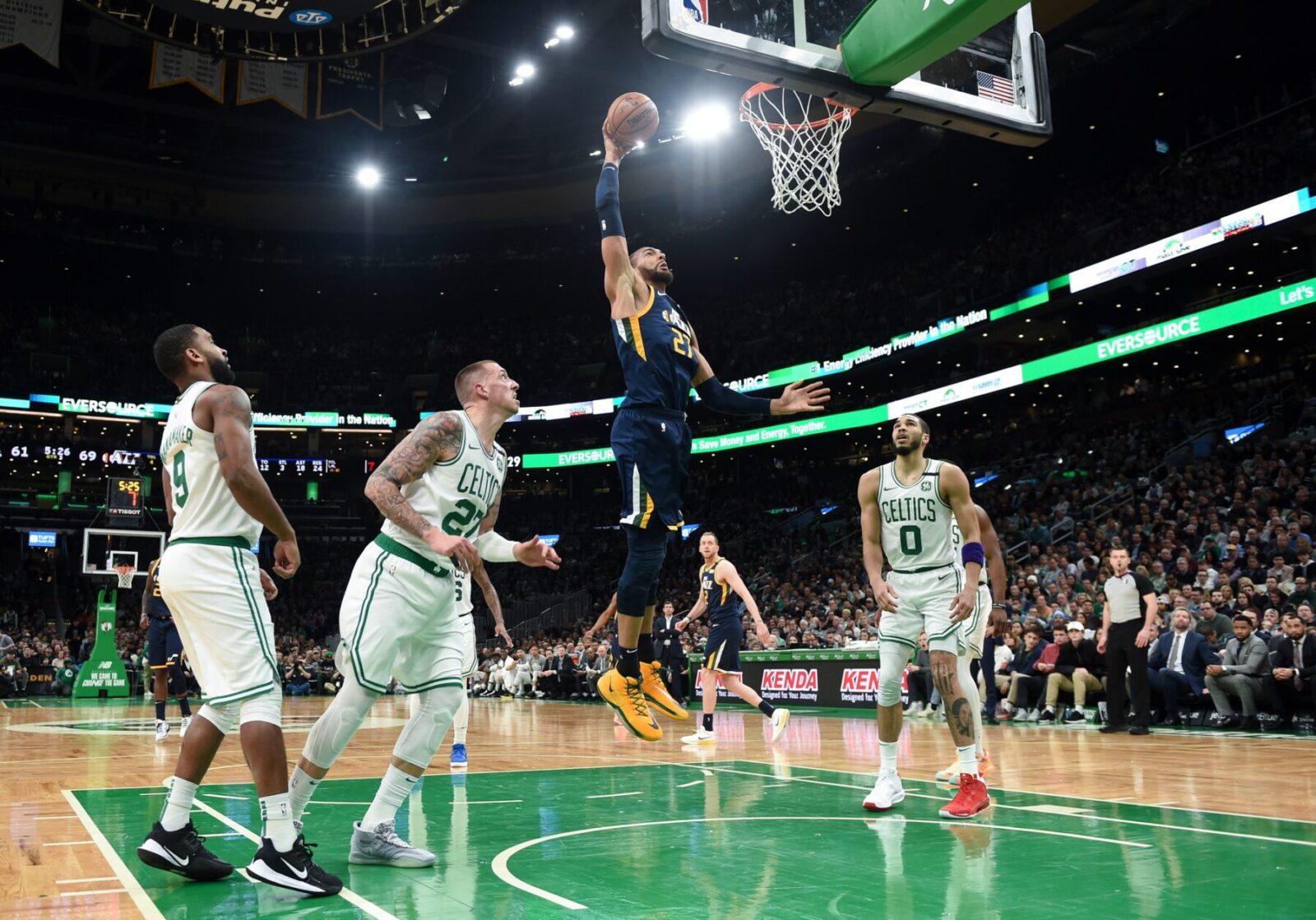 The Boston Celtics fell two games short of reaching the NBA Finals after losing to the Miami Heat 4-2 in the Eastern Conference Finals.

The Celtics will once again look to go on a championship run next season with some tweaks to their roster. Rumor has it that they plan on bolstering their roster by acquiring a center this offseason.

The team has reportedly set its eyes on two-time Defensive Player of the Year Rudy Gobert.

The Celtics are weighing the idea of trading for Jazz center Rudy Gobert, source tells me.

There’s belief within the Celtics organization that trading for a center this offseason is a priority.

Before the start of the 2019-20 NBA season, Boston lost five-time All-Star Al Horford to free agency. The team then handed the starting center position to Daniel Theis.

However, getting Gobert would certainly provide an improvement for Boston in the middle. The French big man has career averages of 11.7 points, 11.0 rebounds and 2.2 blocks per contest.

Aside from being named the best defender in the league twice, he has also been voted to the NBA All-Defensive First Team for the past four years and three times to an All-NBA team.

The Celtics have also reportedly been monitoring the situation of Cleveland Cavaliers pivot Andre Drummond.