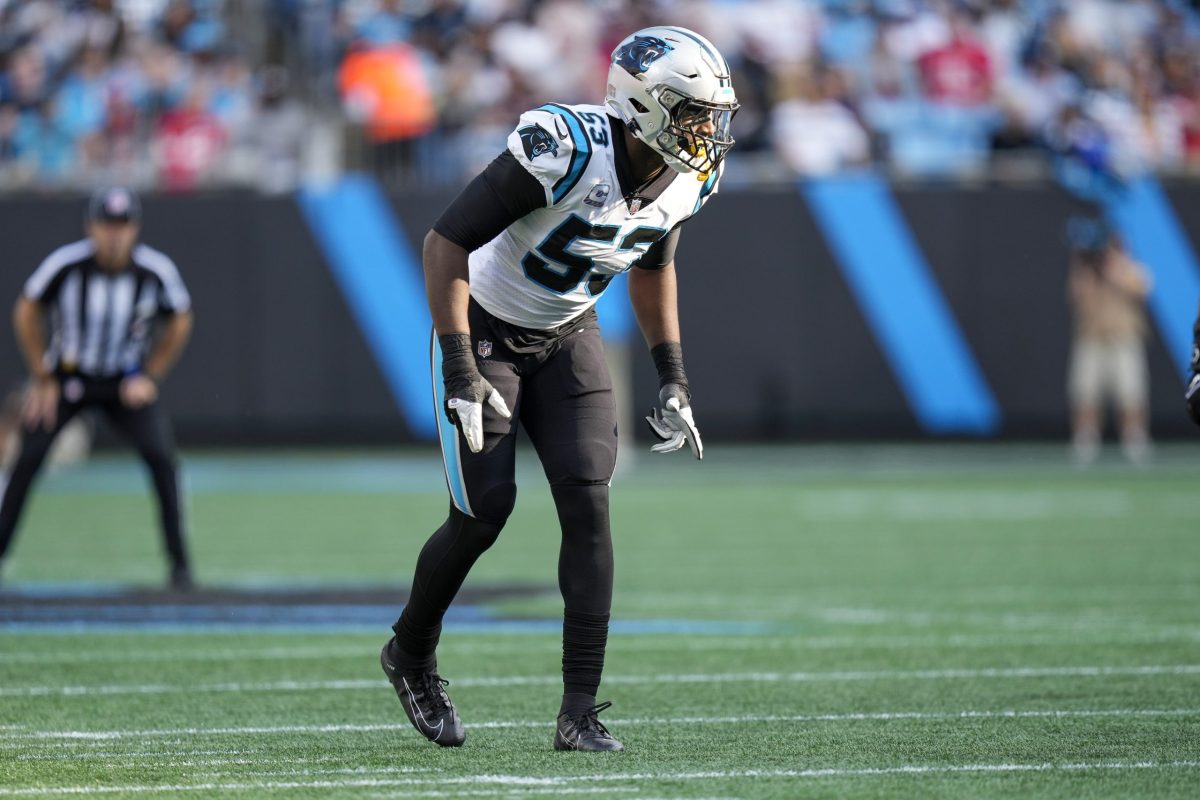 Even though Brian Burns and Derrick Brown of the Carolina Panthers are prominently mentioned in trade talks, the team apparently won’t be dealing them without getting plenty in return.

Jeremy Fowler of ESPN looked at NFL trade rumors ahead of the looming Nov. 1 trade deadline and discussed the Panthers’ situation.

“Defensive end Brian Burns and defensive tackle Derrick Brown have garnered the most interest, but most people in the league I’ve talked to are skeptical Carolina would move off ascending former first-rounders who could serve as building blocks for a new coach,” wrote Fowler. “It would take massive hauls — first-round picks and more — to pry away one.”

Right now, teams are looking at the Panthers’ situation and hoping that they’re in the midst of overhauling their roster. That’s because the Panthers currently have a 1-5 record, a slow start that led to the dismissal of the team’s former head coach, Matt Rhule.

Rhule’s firing didn’t come as a total surprise, given the rumors leading up to the decision.

The Panthers aren’t completely averse to trading players, as the team reportedly was willing to listen to offers for running back Christian McCaffrey during the offseason. Even though McCaffrey is only 26 years old, his injury history offers a valid reason why the Panthers might be considering the possibility of a deal.

Yet, trading away Burns and Brown would remove two developing talents for whoever presumably replaces Steve Wilks, the Panthers’ interim head coach.

This season, Burns has four sacks in the Panthers’ first six games. Now in his fourth season, Burns is coming off consecutive nine-sack seasons and currently on pace to surpass those numbers. He’s been terrorizing offenses all season long.

Brown is credited with half a sack this season after collecting a total of five in his first two seasons. However, he remains a challenge for opposing passers with six passes defended and even picked up his first NFL interception in his team’s Sept. 25 victory over the New Orleans Saints.

The Panthers are coming off a 24-10 road loss to the defending Super Bowl champion Los Angeles Rams and will host the Tampa Bay Buccaneers in a divisional matchup on Sunday.

Over their next four games, the Panthers will have a total of three divisional matchups, with the team set to face off against the Atlanta Falcons in Weeks 8 and 10.

The road back to success for the Panthers could be a long one. Yet, for now, it appears that unless some team overwhelms them, the Panthers plan for Burns and Brown to be a part of their future.