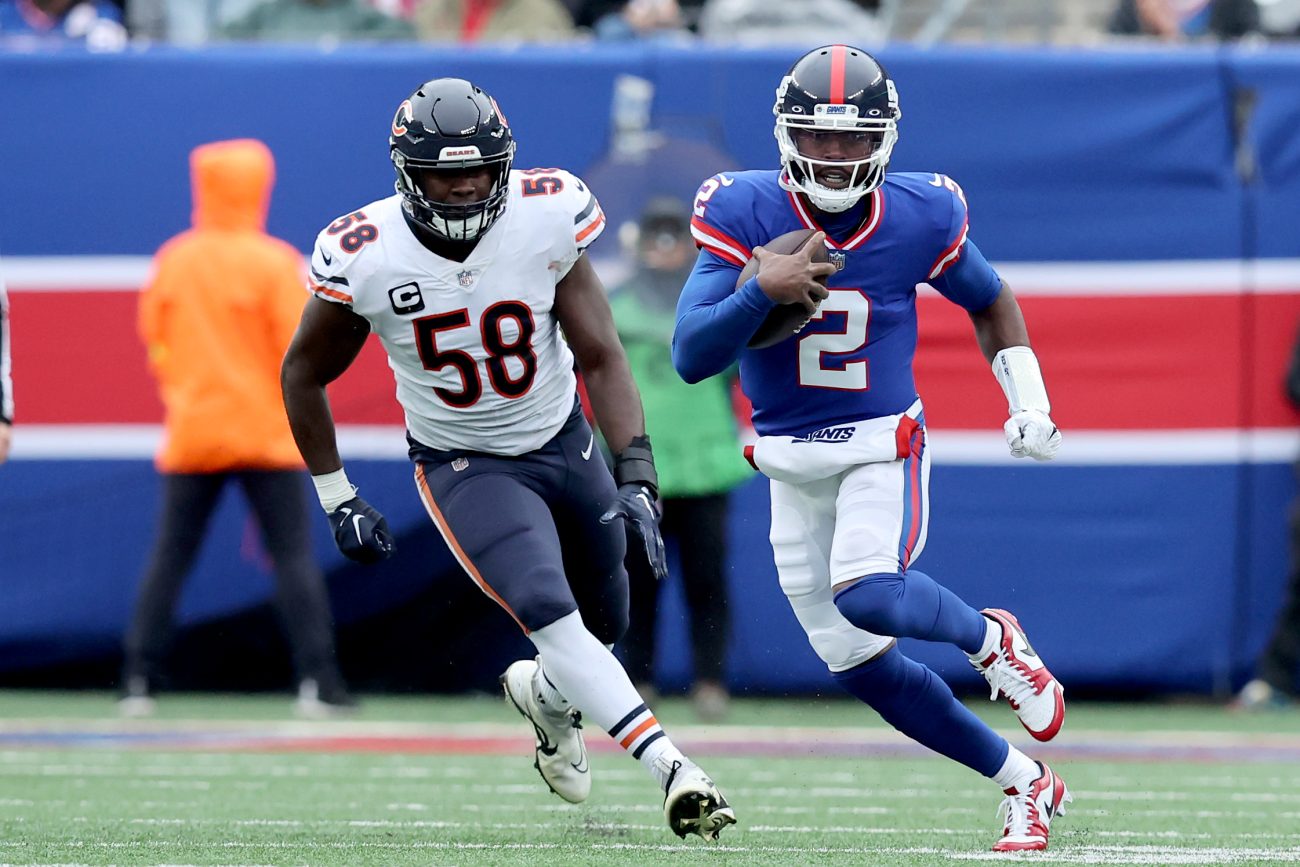 The Chicago Bears and Baltimore Ravens have agreed to a trade that will send linebacker Roquan Smith to Baltimore, according to a Monday report.

Source: #Bears LB Roquan Smith is traded to the #Ravens.

It sounds like the Ravens are sending multiple draft picks to the Bears to get the deal done.

Both picks are in 2023, so the Bears now have added three picks in return for Roquan Smith and Robert Quinn. https://t.co/NgkdUttaVK

Smith was drafted by the Bears in 2018 and has played all five of his NFL seasons with Chicago. He’s now set to join a Ravens squad that has plenty of potential to do some damage this season.

Baltimore has looked shaky at times throughout the 2022 campaign, but the team is 5-3 and has enough talent to make a playoff run.

In eight games this season, Smith has totaled 2.5 sacks, 52 solo tackles, 31 assists on tackles, four tackles for loss and three quarterback hits. He also has two interceptions and three passes defended to his credit.

Impressively, he leads the league in combined tackles with 83.

Baltimore has one game remaining before its bye week. It will face the New Orleans Saints in Week 9 on the road. With a win, the Ravens can enter their bye week three games over .500, which would keep them in pretty solid shape in the AFC North.

The Ravens are looking to return to the playoffs after missing out last season. Injuries derailed the team’s 2021 campaign, causing it to finish with a losing record of 8-9.

Baltimore’s disappointing 2021 season ended a streak of three consecutive trips to the playoffs for the organization.

Smith has appeared in one playoff game in his career, and he’ll have a chance to add to his postseason resume with Baltimore. It may be bittersweet for him to leave Chicago, but he’s likely excited to get a chance to join a contending team. The Bears are just 3-5 this season.

Time will tell if any additional deals come together around the NFL before the trade deadline comes and goes. Baltimore is certainly a better team now than it was when the day began.