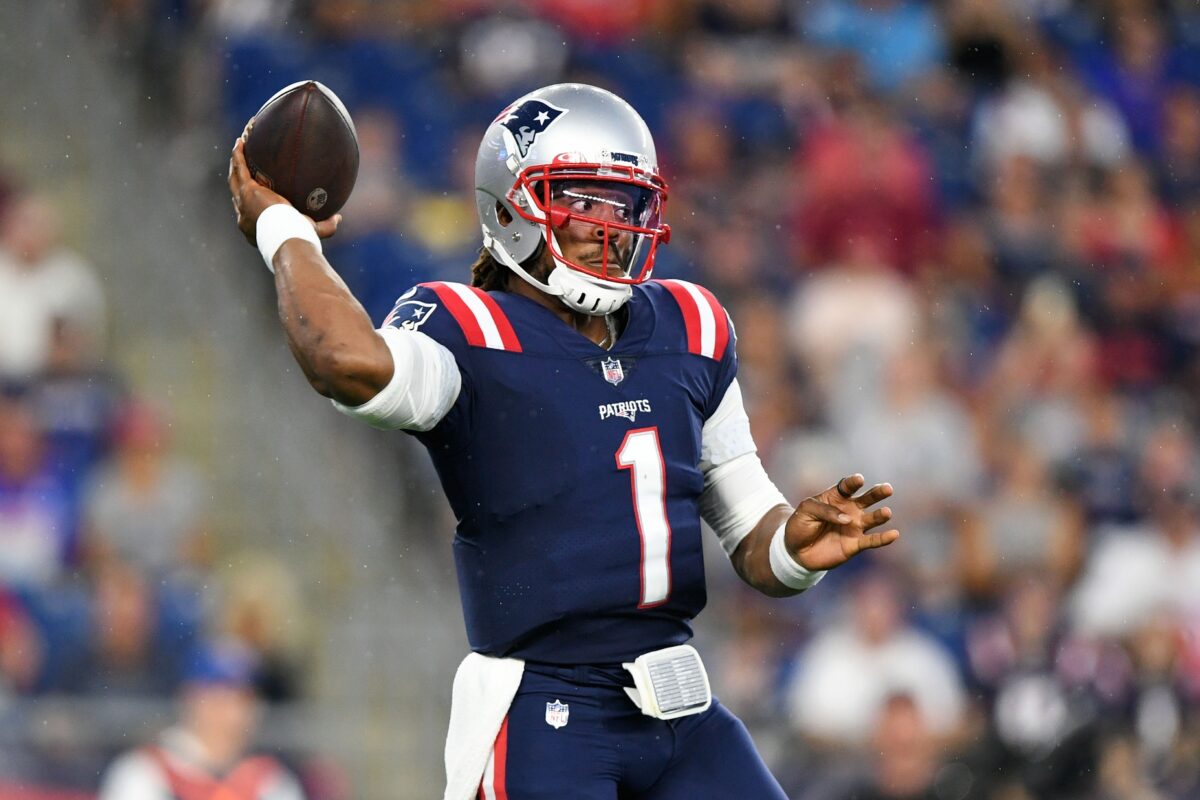 New England Patriots quarterback Cam Newton recently revealed that he has not been told that he will be the team’s Week 1 starter.

“Y’all sitting up here asking silly questions to me, and I’m looking at y’a’ll with the same thing,” Newton said when asked whether head coach Bill Belichick has made a determination. “I don’t know what ya’ll want me to say. You know he hasn’t said that, so for you to just ask the question, it is what it is.”

It’s a two-man race for the quarterback position in New England. Rookie Mac Jones is considered Newton’s only legitimate competition for the starting job. Both players got reps in the Patriots’ first preseason game.

Newton was underwhelming in his first season with the Patriots. He completed 65.8 percent of his passes for 2,657 yards and a mere eight touchdowns. His arm strength emerged as a concern.

The former MVP did, however, make an impact with his feet. He rushed for 592 yards and 12 touchdowns.

Jones, on the other hand, showed a lot of promise during his time at the University of Alabama. During his final season there, he completed 77.4 percent of his passes for a whopping 4,500 yards and 41 touchdowns over just 13 games.

It seems like most fans expect that Newton will be the team’s starter when the regular season rolls around, but nothing is guaranteed. It will be worth monitoring the battle for the rest of the preseason.