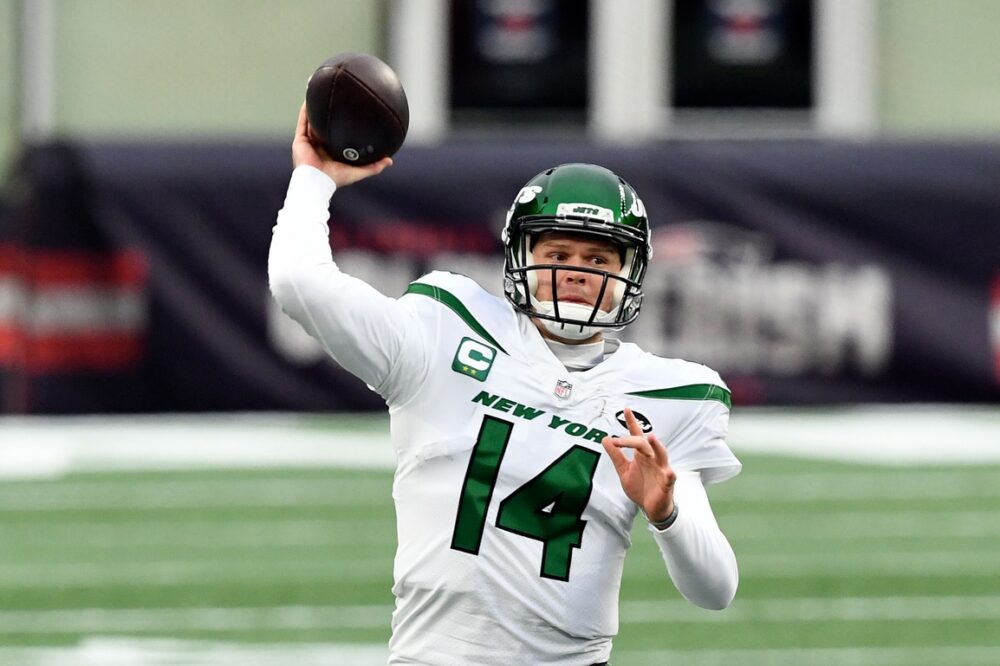 There could be a lot of quarterbacks heading to new homes this offseason, and New York Jets passer Sam Darnold could be one of them.

The young quarterback is expected to draw interest from multiple teams, but the San Francisco 49ers are not expected to be one of the suitors, according to a recent report.

“The response I’ve received on the Sam Darnold situation is, ‘Do not expect the 49ers to be in it,'” NFL Network’s Ian Rapoport said on the Murph and Mac Podcast. “Maybe it could change. I guess, theoretically, anything is possible. I never rule anything out in this ridiculous, stupid world. I do not expect the 49ers, as of my knowledge right now, to be in it.”

Last season, the No. 3 overall pick of the 2018 NFL Draft threw for 2,208 yards, nine touchdowns and 11 interceptions. He has not had a fantastic start to his NFL career, but there’s no doubt that he has been hampered by the Jets’ inability to surround him with strong protection and talented weapons.

Surely, there are many around the league who still believe Darnold has the tools to succeed.

As for the 49ers, they were hoping not to have to worry about who was under center for many years to come when they acquired Jimmy Garoppolo prior to the 2017 season.

Unfortunately for them, Garoppolo has not yet proven to be the franchise passer the 49ers had hoped for.