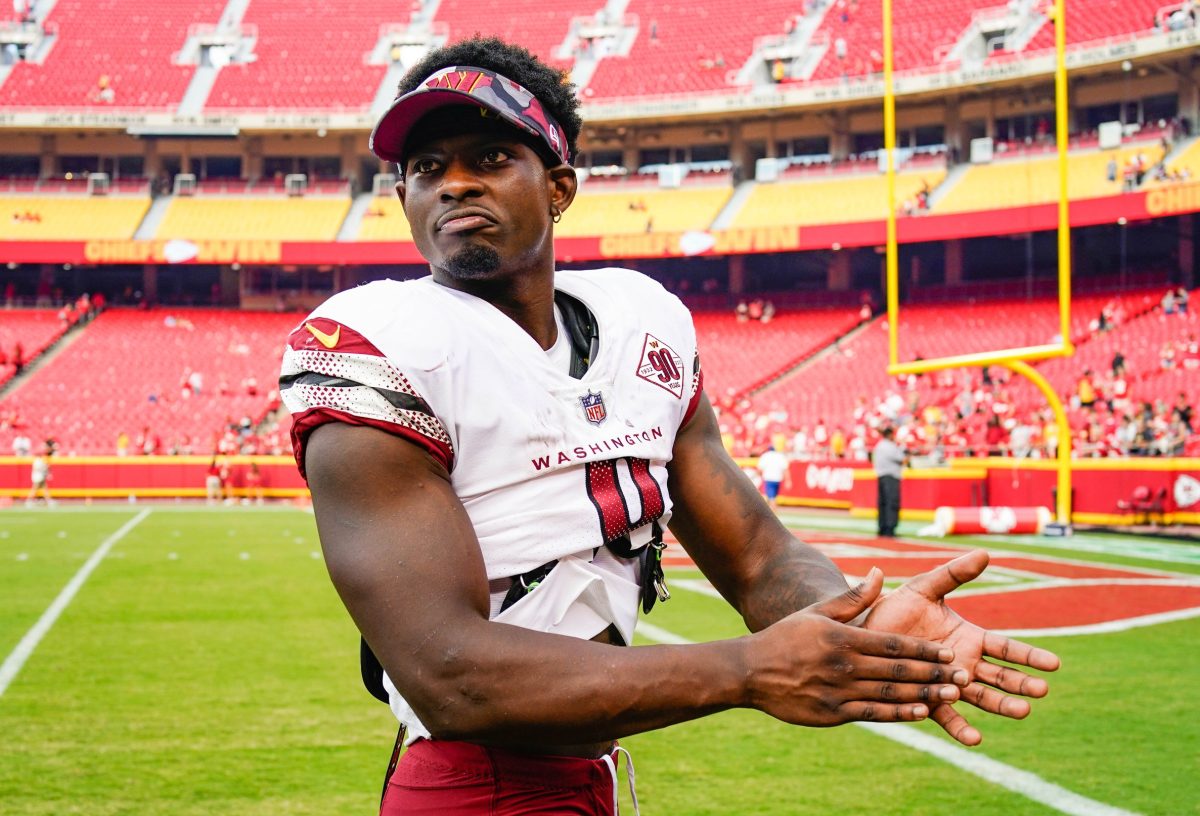 In a pretty remarkable story, the Washington Commanders are reportedly activating rookie running back Brian Robinson Jr. after he was shot during a robbery attempt in Washington, D.C., in late August.

He is set to play in the team’s game on Sunday against the Tennessee Titans.

Sources: The #Commanders are activating rookie RB Brian Robinson Jr. from the non-football injury list and he’ll play against the #Titans. A remarkable recovery story just gets better. pic.twitter.com/YVHPuGQYl9

On Aug. 28, he was shot twice, with both bullets hitting his right leg and traveling through his knee. Thankfully, the bullets didn’t hit any ligaments, tendons or bones. Robinson underwent surgery the next day.

It was obviously a scary situation, and many believed that his professional career was already over before it truly got started.

“I just remember it being probably one of the lowest points of my life,” Robinson recalled earlier this week. “ … I never thought I’d be in a situation where I had to question or be questioned if I would be able to return back to playing football.”

However, a little over two weeks after getting shot, the Alabama native was already getting himself ready for a return. He continued clearing hurdles while making his way back to the field.

Commanders RB Brian Robinson is out here for the first time since getting shot. He’s on the stationary bike. pic.twitter.com/uo2M8wfN0m

Before the scary incident, Robinson had been having a very solid training camp for the Commanders. He impressed enough that it seemed like he would eventually take over the starting spot from Antonio Gibson sometime during the 2022 season.

Robinson was selected by the Commanders in the third round of the 2022 NFL Draft from the University of Alabama.

For the Crimson Tide last season, the 23-year-old carried the ball 271 times for 1,343 yards and 14 touchdowns. He also showed off his ability to catch passes out of the backfield by snagging 35 passes for 296 yards and two scores.

Fans are surely hoping to see a lot from Robinson on Sunday, but it seems like the Commanders are going to bring him along slowly.

“While he may eventually be the starter, Robinson will likely backup Antonio Gibson on Sunday,” wrote NFL insider Ian Rapoport. “The plan is for about 20 snaps for Robinson.”

It’s arguably the best feel-good story of the season so far, and many fans across the league are surely going to tune in to watch the game.

Washington could definitely use a boost from the youngster, as it currently sits in last place in the NFC East with a 1-3 record and has looked pretty bad on offense throughout the first few weeks of the season.