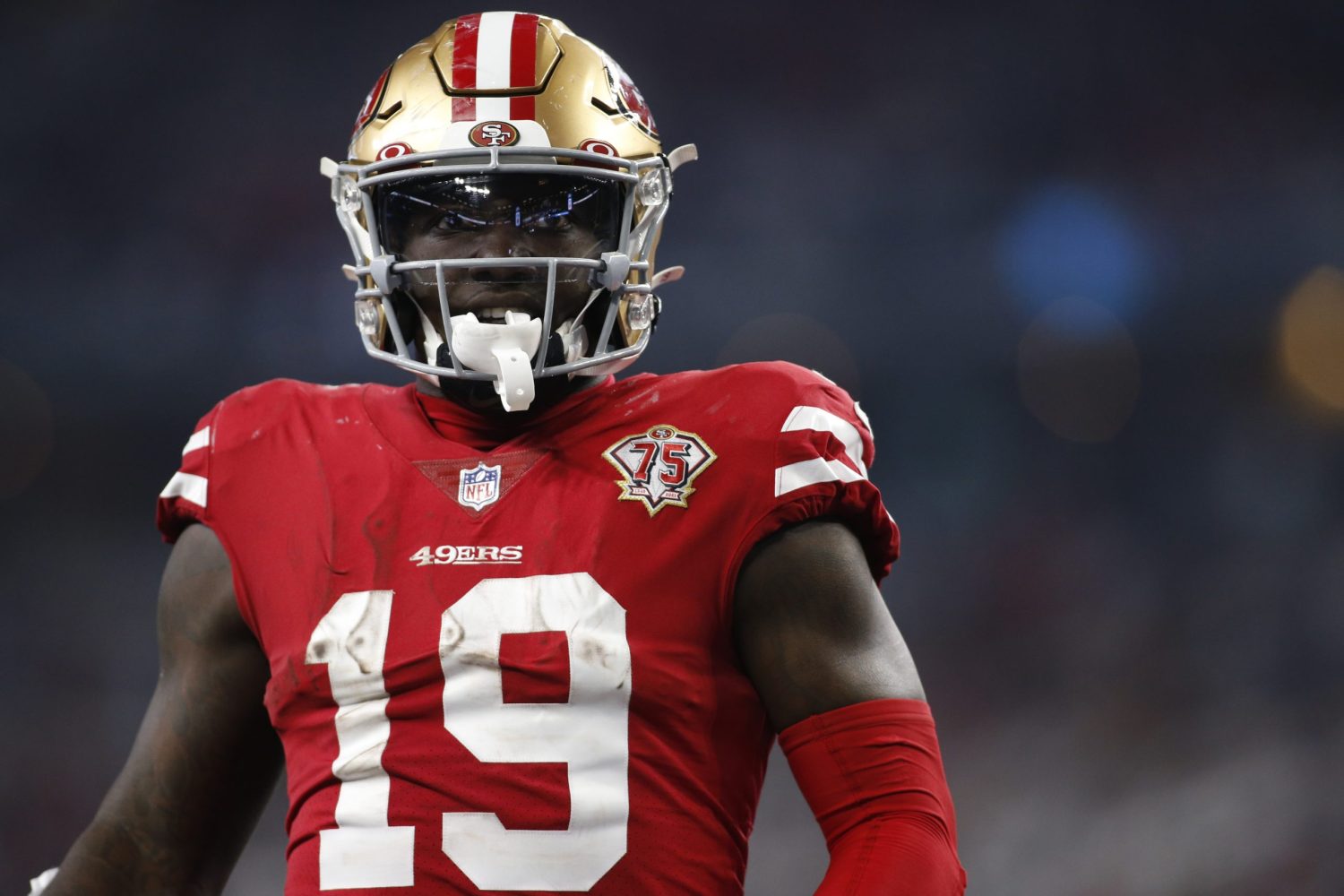 While the San Francisco 49ers have begun their organized team activities, one notable absence is standout wide receiver Deebo Samuel.

The #49ers begin OTAs today and star WR Deebo Samuel won’t be in attendance, source said. Not a surprise, as his situation remains unsettled.

Last month, Samuel requested a trade from the 49ers, though he offered no particular reason at the time for the request.

However, it seems clear that Samuel is looking for a lucrative contract extension after coming off his best season yet. He’s set to complete the final year of his rookie deal in the 2022 campaign.

In just his third season in the NFL, the 26-year-old Samuel caught 77 passes for 1,405 yards, resulting in a league-high 18.2 yards per reception. That performance resulted in his first selection to the Pro Bowl.

Samuel was a key part of a 49ers offense last season that helped the team get back to the playoffs after missing out in the 2020 season.

While the 49ers finished 10-7 during the 2021 regular season, they surged during the postseason with upset victories over the Dallas Cowboys and Green Bay Packers.

Then, in the NFC Championship Game, the 49ers led the Los Angeles Rams 17-7 after three quarters before falling 20-17. That prevented the Niners from making their second trip to the Super Bowl in the past three seasons.

Other teams are surely keeping a close watch on the situation between Samuel and the 49ers. Adding a talented player of his caliber could provide a necessary boost for any team trying to make a deep playoff run.

Exactly how much the 49ers might be offering when it comes to any contract extension is unknown. However, getting things cleared up before training camp and the start of the 2022 regular season should be a priority.