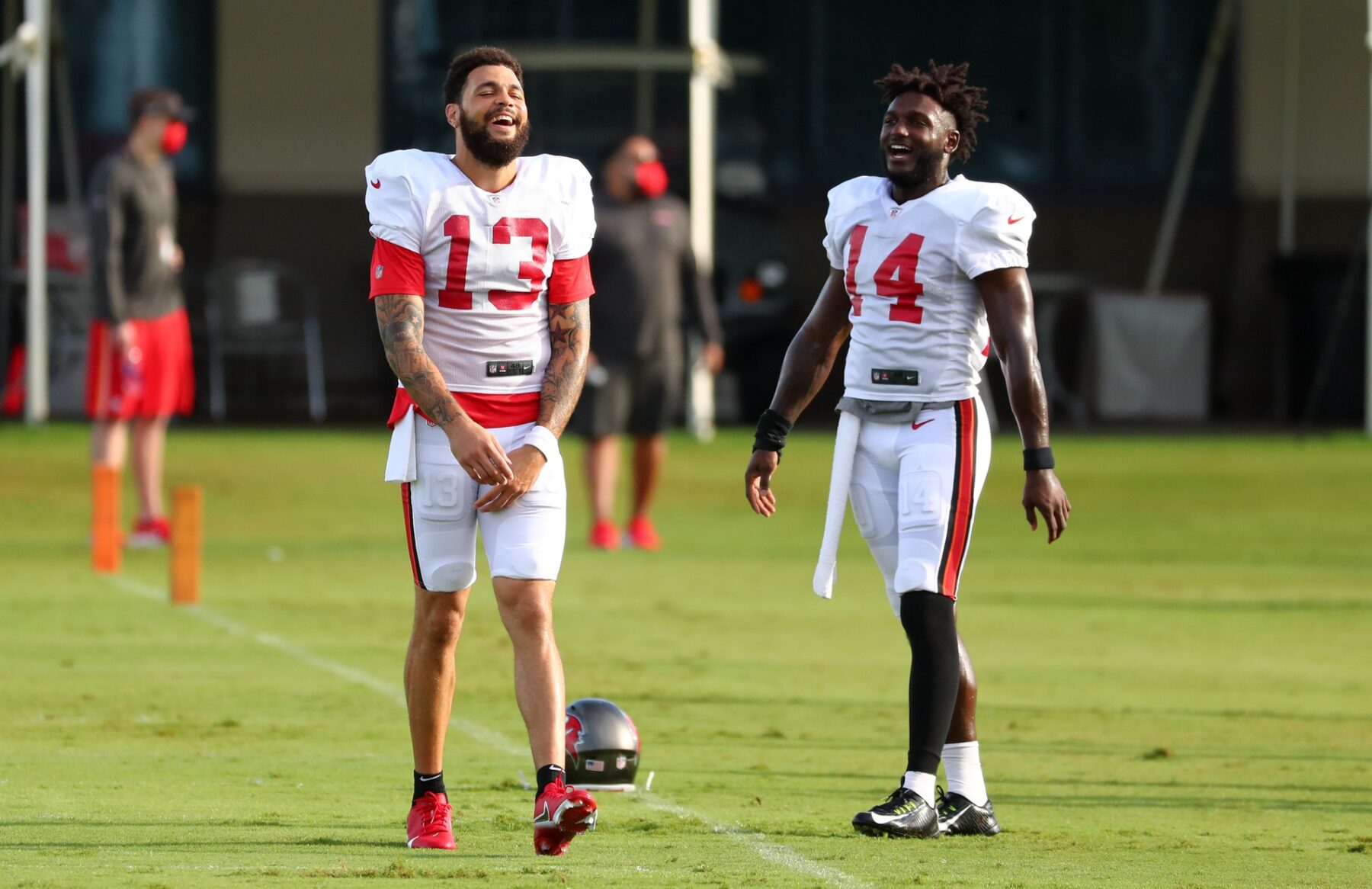 The Tampa Bay Buccaneers will likely not have the services of wide receiver Chris Godwin for Sunday’s game against the Carolina Panthers, though fellow wideout Mike Evans fully participated in the team’s Friday practice.

While Godwin did take part in a limited fashion in that same Friday practice, he’s not expected to see action against the Panthers as he continues through concussion protocol.

“He’s still going through the protocol,” Buccaneers head coach Bruce Arians said Friday. “That was part of the protocol. We’ll still do some more stuff tomorrow. He’s still doubtful. But he did get through this part.”

Evans is likely to see much more action than last Sunday, when he was limited to a single catch in the Bucs’ loss to the New Orleans Saints. He’s continuing to deal with a hamstring injury that was causing pain while running routes during the Saints’ contest.

The Buccaneers are hoping that Godwin is able to follow in Evans’ footsteps from last week, when Evans was listed doubtful on Friday, moved up to questionable on Saturday and played on Sunday.

However, Godwin didn’t take part in either Wednesday’s or Thursday’s practice, which seemingly reduces his chances of taking the field.

Arians will be looking to even the team’s record after having gone 7-9 during his first season with the Bucs last year.