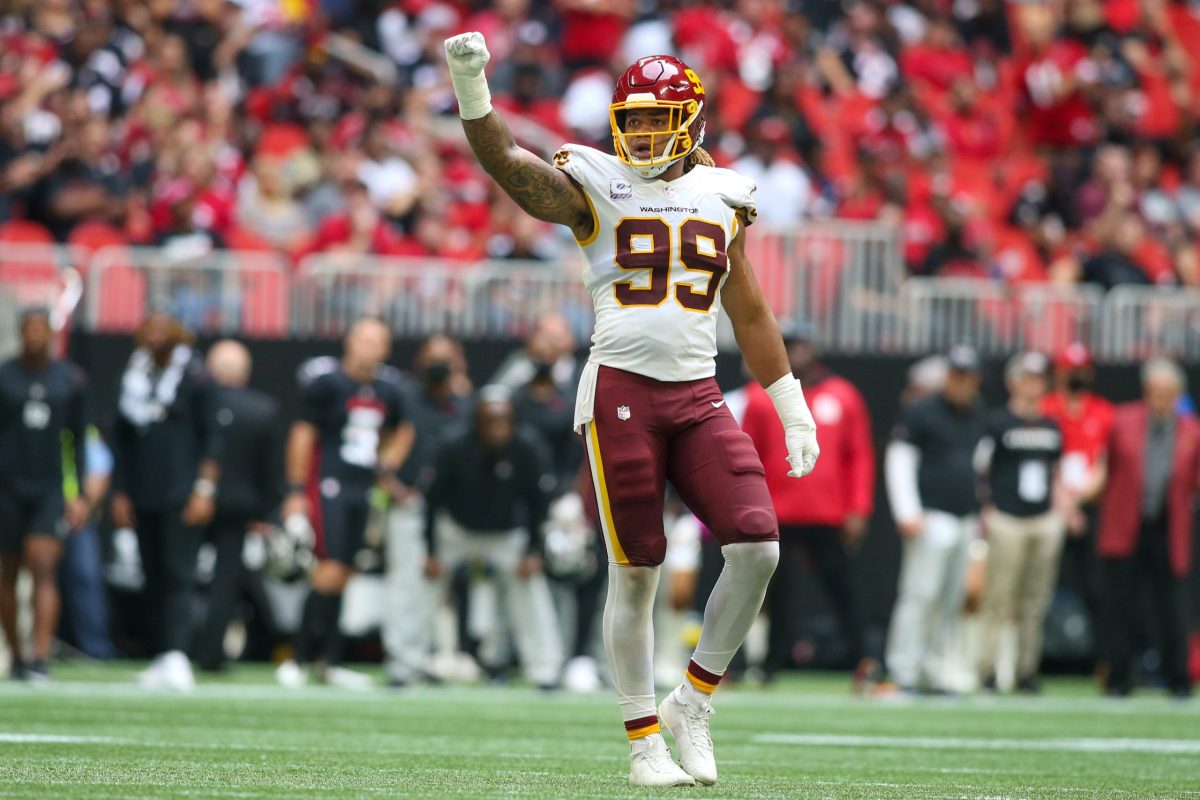 Young, who suffered a torn ACL in the 2021 campaign, reportedly is expected to miss the start of the regular season. Rivera considers his star’s ACL injury “a little more severe” than others.

#Commanders HC Ron Rivera said on @1067theFan that DE Chase Young is likely going to miss the start of the regular season as he continues to recover from a torn ACL suffered last season. Rivera called the injury "a little more severe" than some other ACL injuries.

It’s a major blow to Washington’s defense, as Young is one of the league’s best defensive players.

Young was the No. 2 overall pick in the 2020 NFL Draft and went on to win the Defensive Rookie of the Year award in the 2020 season. He played in 15 games as a rookie and recorded 7.5 sacks, 44 combined tackles and four forced fumbles. Young also made the Pro Bowl.

Last season, Young was limited to just nine games due to the torn ACL. He still played well in those contests, racking up 26 combined tackles, 1.5 sacks and two forced fumbles.

After making the playoffs in the 2020 season, the Commanders failed to get there last season. A big reason was the fact that the team’s defense took a major step back, especially when Young was out of the lineup.

Even though it hurts to have Young miss the start of the 2022 regular season, the Commanders are making the right move by not rushing their star player back into action.

If Washington can stay afloat without Young during its first couple of regular season games, it could have a strong shot at making a run for the NFC East title once he returns.