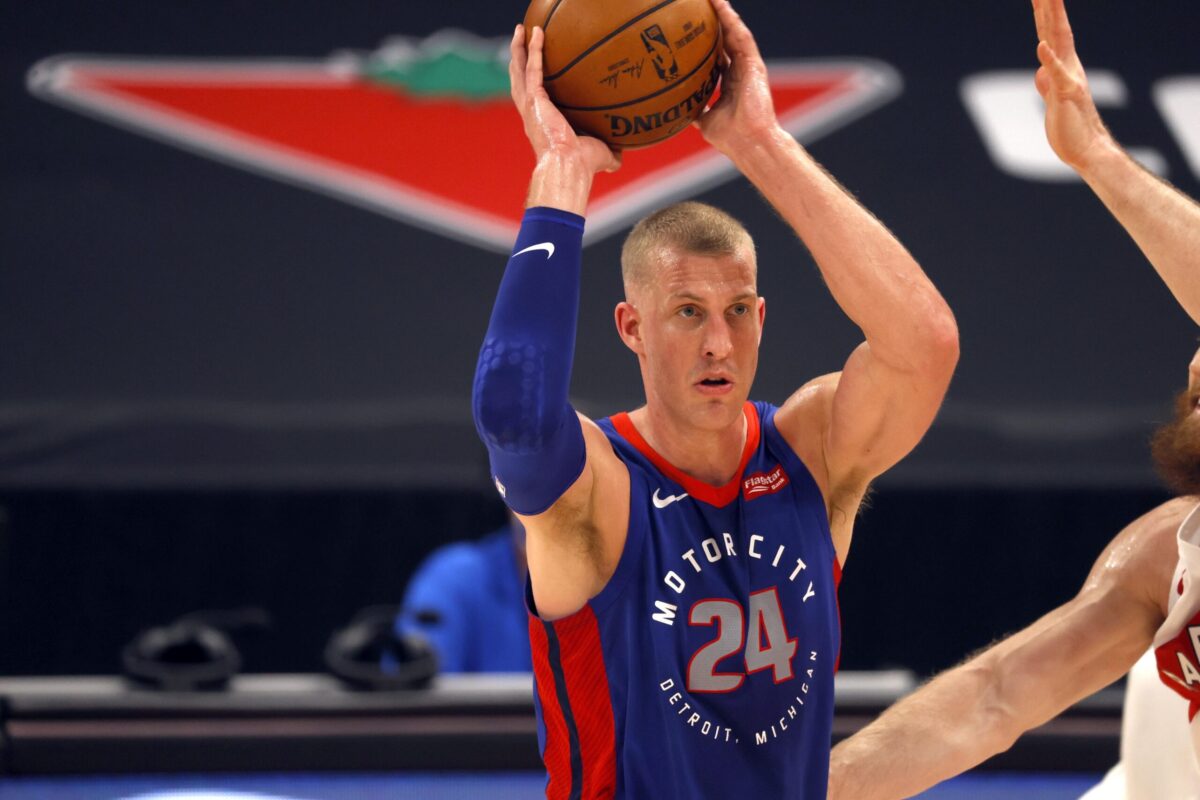 The Brooklyn Nets are looking for ways to strengthen their roster as they continue their title run this season.

A veteran the front office reportedly has its eyes on is Detroit Pistons center Mason Plumlee.

“There have been some whispers around the league surrounding the Nets’ interest in Plumlee, league sources tell The Athletic,” wrote James L. Edwards III. “[Spencer] Dinwiddie, who was drafted in 2014 by Detroit, will likely miss all of this season with an ACL injury, but this would be a good gamble by Detroit. For starters, trading Plumlee opens up a bigger role for rookie Isaiah Stewart, who the team is very, very high on. Secondly, Dinwiddie, a dynamic guard when healthy, has a player option for next season that he would be wise to pick up since he will be coming off an injury. The Pistons could showcase him next season and potentially get solid value in a trade before the deadline (ACL recovery isn’t what it used to be). If Dinwiddie opts out, the Pistons end up with cap space and a second-round pick.”

Detroit’s trade of Derrick Rose and buyout of Blake Griffin earlier this season have signified the team’s shift to a youth movement. Trading away Plumlee would allow the Pistons to give more playing time to their 2020 first-round pick Isaiah Stewart.

The Nets would love to land a player like Plumlee. Their big man rotation is currently thin after sending Jarrett Allen to the Cleveland Cavaliers in the transaction that netted them James Harden.

A trade to Brooklyn would also be a homecoming of sorts for the 31-year-old. In the 2013 NBA Draft, the Nets selected Plumlee with the 22nd overall pick.