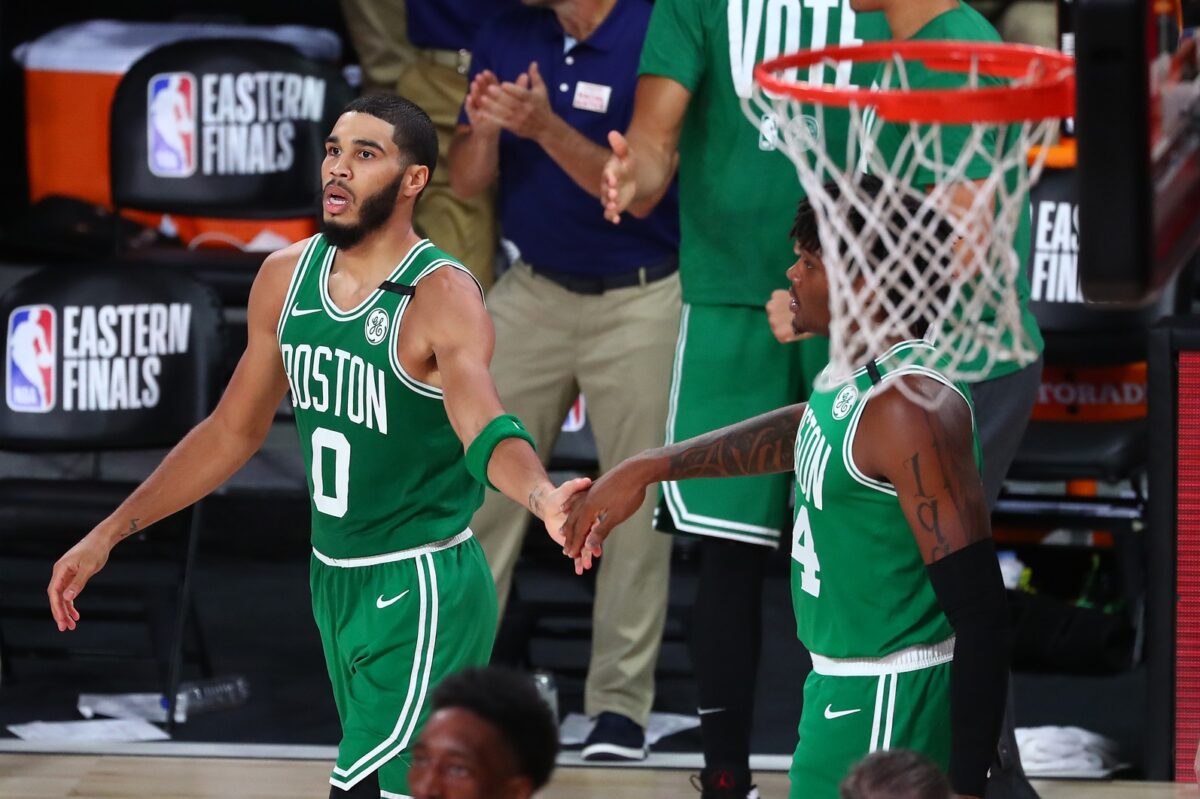 The Boston Celtics were two wins away from advancing to the 2020 NBA Finals this past season.

Now, the organization is looking to bolster its roster by potentially moving up in the 2020 NBA Draft.

“Scouts and agents have mentioned that the [Detroit] Pistons, New York Knicks, Phoenix Suns and Boston Celtics have expressed interest in moving up, though it’s unclear who they’d target,” wrote Jonathan Wasserman of Bleacher Report. “The Suns and Celtics are motivated to win now and could view [Obi] Toppin as an immediate contributor. He could also interest the Pistons and Knicks, organizations with blank-canvas rosters and possible motivation to add a sure thing.”

Celtics general manager Danny Ainge is known for collecting draft assets. As a matter of fact, he has hit home runs on several of those draft picks.

Some of the top prospects in the upcoming draft class include Toppin, Anthony Edwards, LaMelo Ball, James Wiseman, Deni Avdija and Onyeka Okongwu.