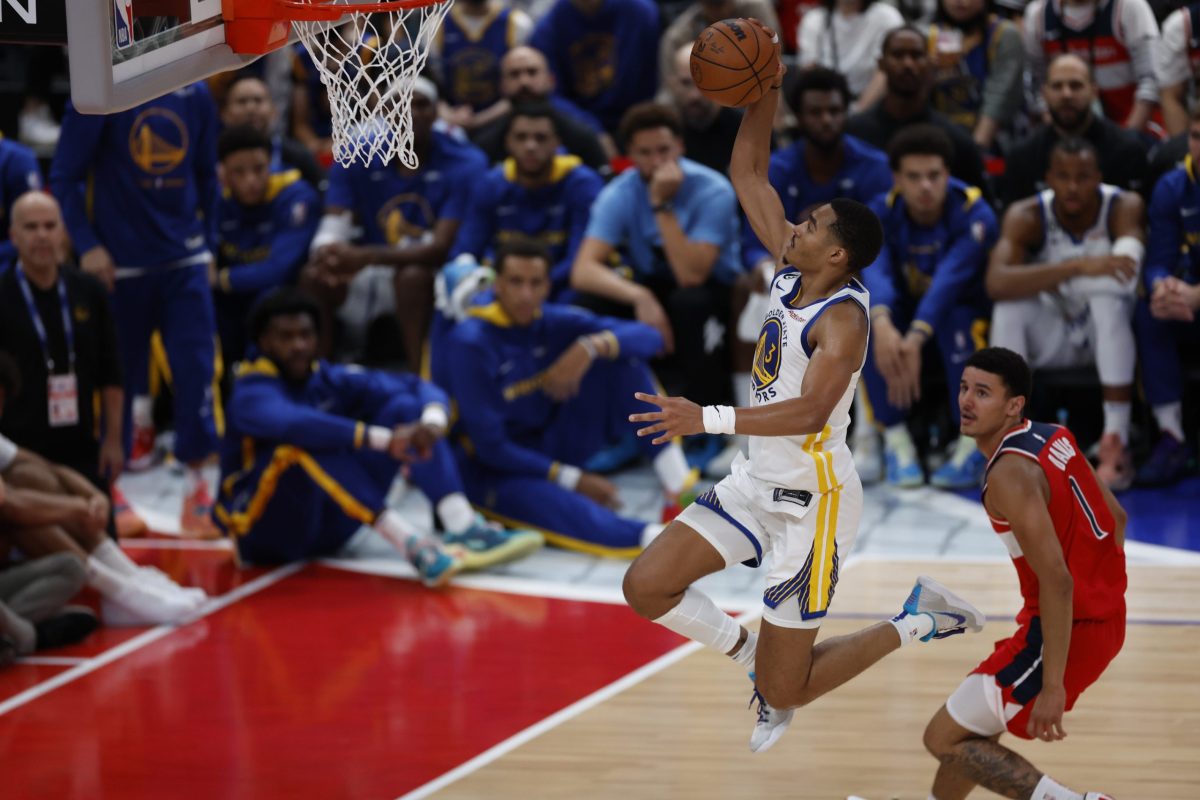 Golden State Warriors youngster Jordan Poole has been trending on social media since Wednesday night, as he was reportedly “forcefully struck” by teammate Draymond Green during a recent practice.

According to Vincent Goodwill of Yahoo! Sports, the fact that Poole and Green are both up for contract extensions played a role in the incident.

“Both Poole and Green are up for contract extensions, and it appears Poole will receive an extension while Green knows he has to play this season out — playing a part in leading to Green striking Poole, sources said,” Goodwill wrote.

Before news of the Green-Poole controversy broke, NBA insider Jake Fischer reported that the Warriors are likely not going to let Poole walk.

“Jordan Poole, everything I’ve heard by all accounts, the Warriors aren’t going to let him walk,” Fischer said. “Sure, is there gonna be tricky cap gymnastics to extend both of him and [Andrew] Wiggins? Yes, but Poole is restricted, and if you’re gonna have to throw the biggest offer possible to make the Warriors second guess matching it, and I would be floored if they didn’t.”

Poole is a very talented player, and he’s just getting started at the NBA level. The 2021-22 season was his third in the league, and he put himself on the map with a strong year.

In the regular season, the youngster averaged 18.5 points, 3.4 rebounds and 4.0 assists per contest while shooting 44.8 percent from the field and 36.4 percent from beyond the arc. He appeared in 76 games and got the starting nod in 51 of them.

In the playoffs, he made a huge impact for the Warriors during the team’s journey to another NBA title. In 22 postseason games, Poole averaged 17.0 points, 2.8 rebounds and 3.8 assists per contest.

Poole undoubtedly has a very bright future at the NBA level, and it seems like the Warriors are going to try to keep him with the organization for the foreseeable future. If he stays with the team for a long time, he may end up becoming one of the faces of the franchise when some of Golden State’s veterans start to near the final years of their careers.

The Warriors will open their 2022-23 season on Oct. 18 against the Los Angeles Lakers.