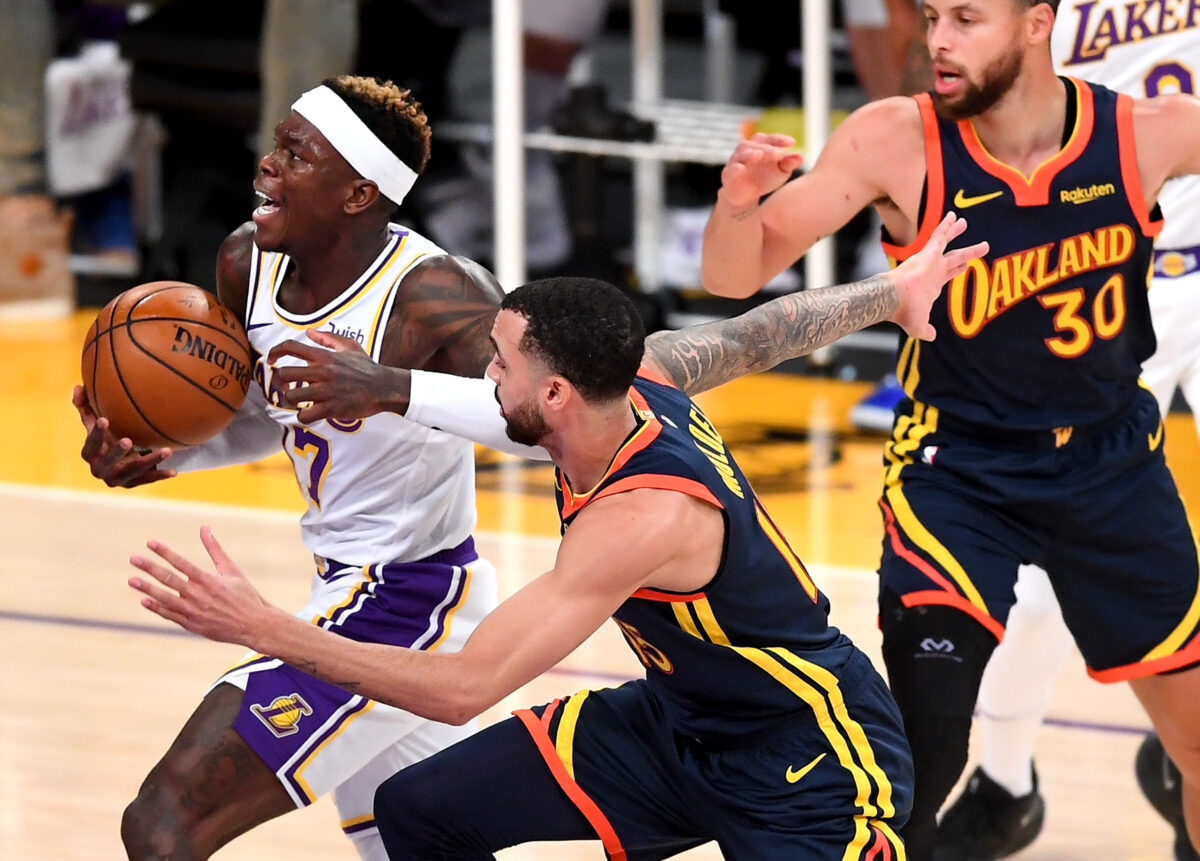 According to a report, the Golden State Warriors had some level of interest in guard Dennis Schroder before he signed with the Boston Celtics.

“According to a league source, the Warriors did inquire about Dennis Schroder,” wrote Wes Goldberg of the Mercury News. “But the former Los Angeles Lakers point guard on Tuesday signed with the Boston Celtics for the full taxpayer mid-level exception.”

Schroder inked a one-year deal with Boston last week. The move caught many folks by surprise. The 27-year-old entered free agency with hopes of securing a massive contract, and it did not happen.

It initially seemed like Boston was one of the only teams that expressed any interest in signing him, but the Warriors were apparently also in the mix. He would have been an intriguing fit for a Golden State team that has title aspirations for the 2021-22 season.

Most notably, he struggled in the postseason. It was part of the reason the Lakers took an early exit.

It’s unclear how serious the Warriors were about bringing him in, but it’s a moot point now. Schroder’s focus is on the 2021-22 season with the Celtics.