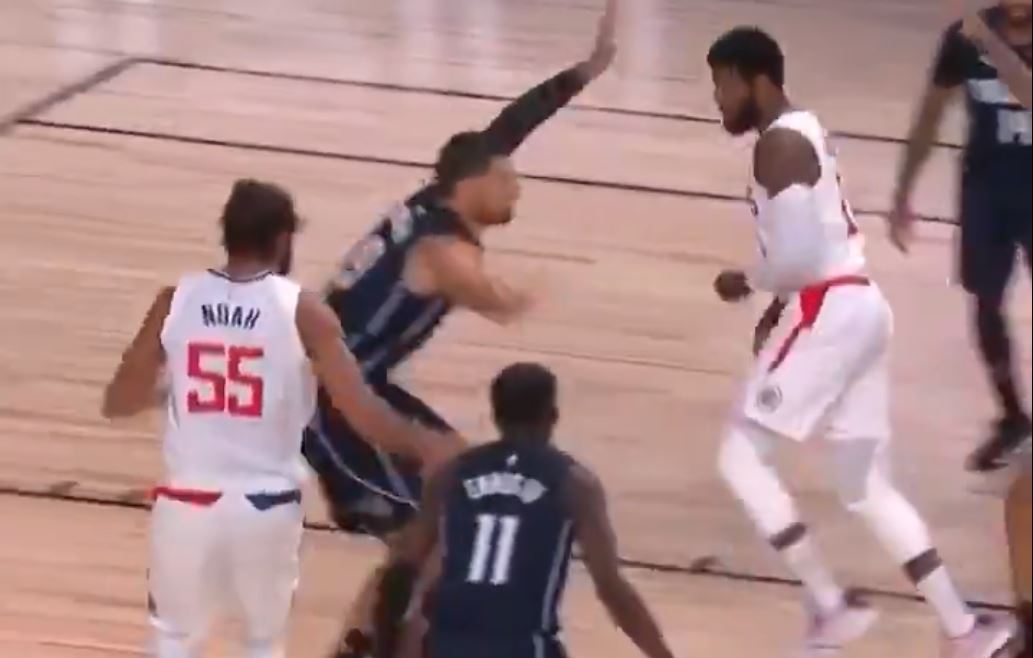 Joakim Noah scores the first points for the Clippers since March. Welcome to 2020.

Noah, 35, signed with the Clippers for the rest of the season back on June 28.

The 2013-14 Defensive Player of the Year has bounced around the past couple years since he signed with the New York Knicks back in 2017.

After two tumultuous seasons in New York, Noah was waived after the 2017-18 season. He played in just seven games in 2017-18, averaging just 1.7 points per game.

However, he latched on with the Memphis Grizzlies during the 2018-19 campaign, appearing in 42 games.

The two-time All-Star showed that he still had something left in the tank, averaging 7.1 points and 5.7 rebounds in just 16.5 minutes per game.

After spending most of the 2019-20 season as a free agent, Noah signed a 10-day contract with the Clippers on March 9.

However, the NBA season was suspended two days later due to the coronavirus.

The Clippers will look for Noah to bring some veteran leadership as well as be a defensive anchor for them off the bench.

The No. 2 seed in the Western Conference, the Clippers will resume their season against the Los Angeles Lakers on July 30.