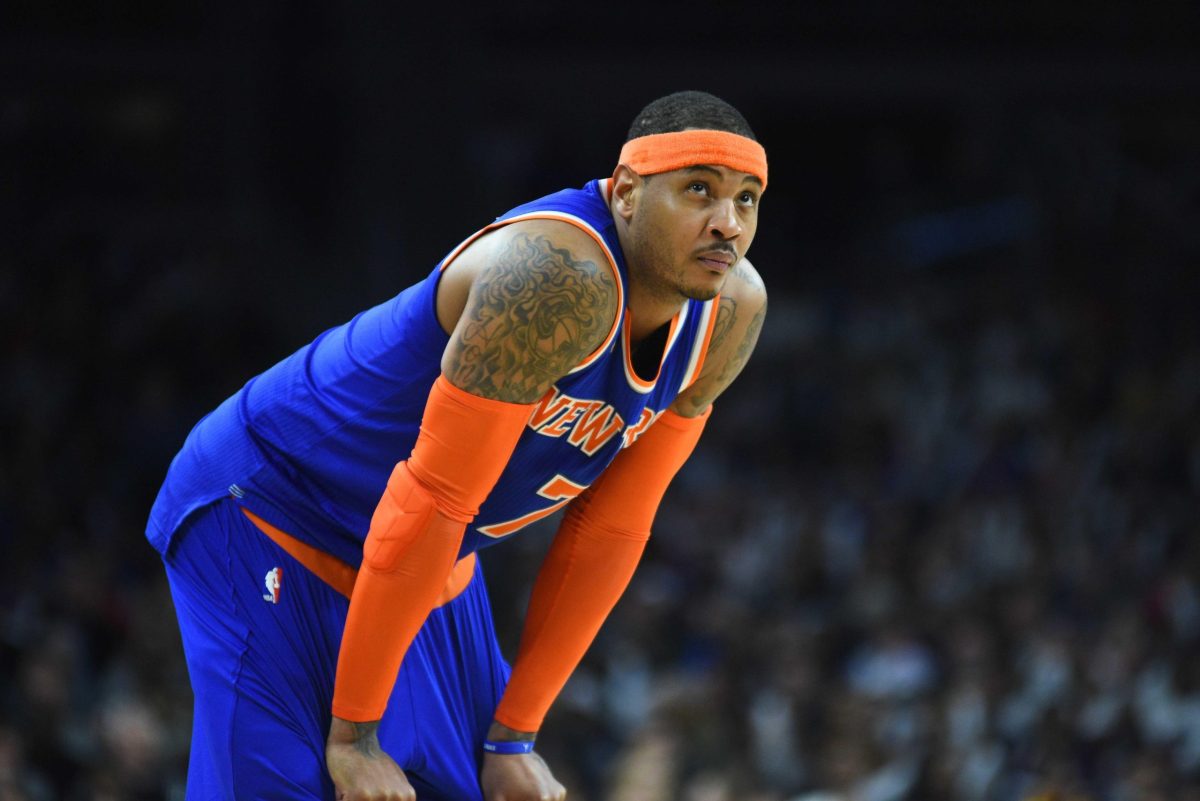 NBA star Carmelo Anthony is currently a free agent after spending the 2021-22 season with the Los Angeles Lakers.

Anthony, a six-time All-NBA selection and 10-time All-Star, is one of the greatest scorers in NBA history. He is currently ninth on the all-time scoring list and just 307 points behind legendary center Shaquille O’Neal.

The former New York Knicks star was married to La La Anthony before she filed for divorce in June of 2021. La La Anthony went on the “Call Her Daddy” podcast to explain how the star’s trade to the Knicks back in the 2010-11 season made their marriage complicated.

“It is the hardest with the scrutiny and the media and the press, just everything. It is really hard. That’s not the only reason things didn’t work out, but things got tough with New York…just constantly being under the spotlight and people watching every little thing.”

Carmelo Anthony played some of the best basketball of his NBA career in New York, but going from Denver to New York was clearly a major change for his relationship.

The one-time scoring champ became a larger-than-life figure for the Knicks, leading the team to the No. 2 seed in the Eastern Conference in the 2012-13 season. He finished third in the MVP voting that season behind LeBron James and Kevin Durant and actually received one first-place vote.

It’s unfortunate that Carmelo Anthony and La La Anthony’s marriage didn’t work out, as the two were together for a good chunk of his NBA career. Together, they have a son, Kiyan, who is an up-and-coming basketball player in his own right at just 15 years old.

Now, Carmelo Anthony is hoping to find his way back onto an NBA team in the 2022-23 season. The Syracuse University product spent the 2021-22 season with the Lakers and was a productive player off the bench.

He averaged 13.3 points, 4.2 rebounds and 1.0 assist per game while shooting 44.1 percent from the field and 37.5 percent from 3-point range. The Lakers could use his outside shooting ability on their team this season, as they rank dead last in the NBA in 3-point percentage through their first three games.

The veteran should be able to latch on with a team at some point in the 2022-23 season, especially since he can still score at a high level.

If a contender loses a rotation player to injury, it wouldn’t be surprising to see Carmelo Anthony get a shot to replace him on the roster.