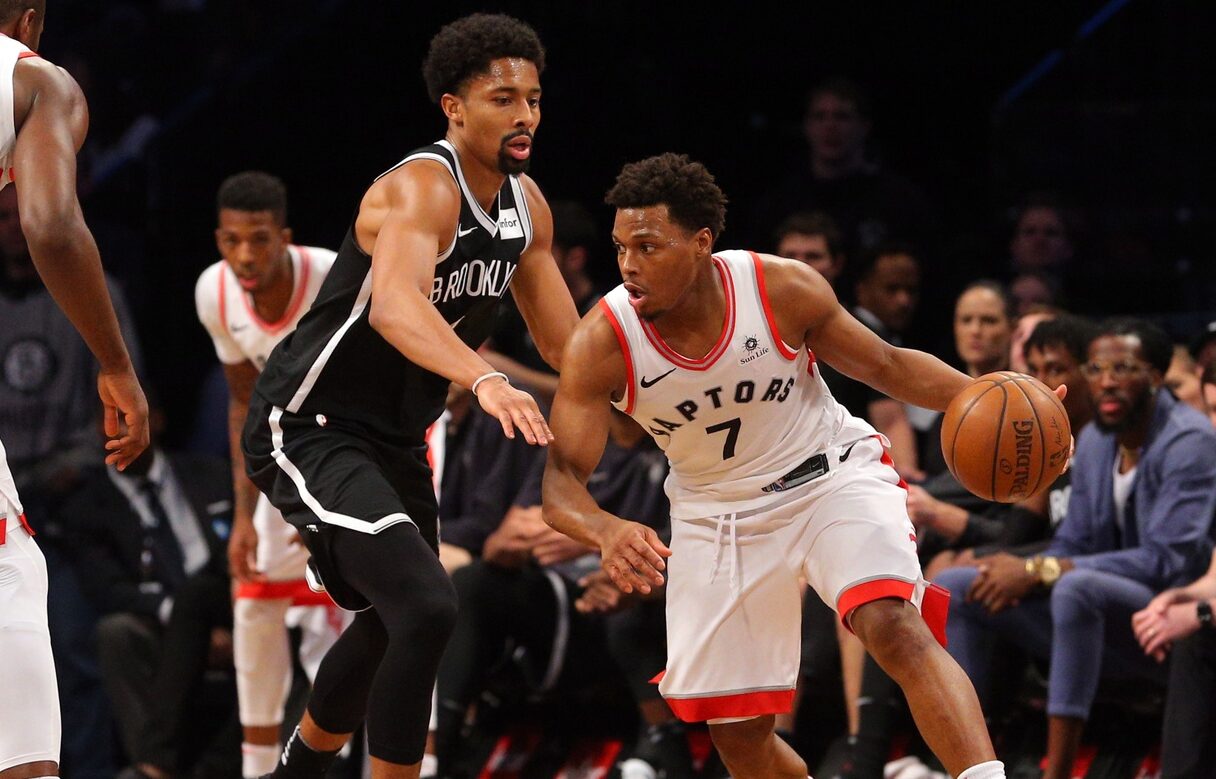 According to a recent report, the New York Knicks have already expressed interest in several key players this offseason.

Those players are Kyle Lowry, Evan Fournier and Spencer Dinwiddie.

“The New York Knicks are interested in pursuing Lowry once free agency begins at 6 p.m. on Aug. 2, according to multiple sources,” wrote Keith Pompey of the Philadelphia Inquirer. “The Los Angeles Lakers, Dallas Mavericks, New Orleans Pelicans, and Miami Heat are also reportedly expected to be top suitors for the North Philly native.”

There will be a tough market for Lowry, and the Knicks may have a difficult time inserting themselves into the sweepstakes. However, if Lowry were to land with the Knicks, the team would be getting an elite point guard. In the 2020-21 season, the 35-year-old averaged 17.2 points, 5.4 rebounds and 7.3 assists per game.

As for Fournier and Dinwiddie, both players would be nice additions.

“New York will pursue Evan Fournier in free agency and are considering making a push for Spencer Dinwiddie, according to sources,” Pompey continued. “Dinwiddie declined his player option for $12.3 million with Brooklyn Nets to become an unrestricted free agent.”

Fournier was traded to the Boston Celtics in the middle of the 2020-21 season. He didn’t exactly live up to expectations there, as he averaged just 13.0 points per game, but that was a small sample size.

Meanwhile, Dinwiddie is going to intrigue a lot of teams this offseason. He missed almost the entire 2020-21 campaign due to an ACL injury, but in the 2019-20 season, he looked like he had star potential.

That year, he averaged 20.6 points, 3.5 rebounds and 6.8 assists per game. It was the best season of his career, and it will be interesting to see if he has even more growth in store.

The Knicks are likely going to need some help at the point guard position with Derrick Rose presumably leaving the team in free agency.