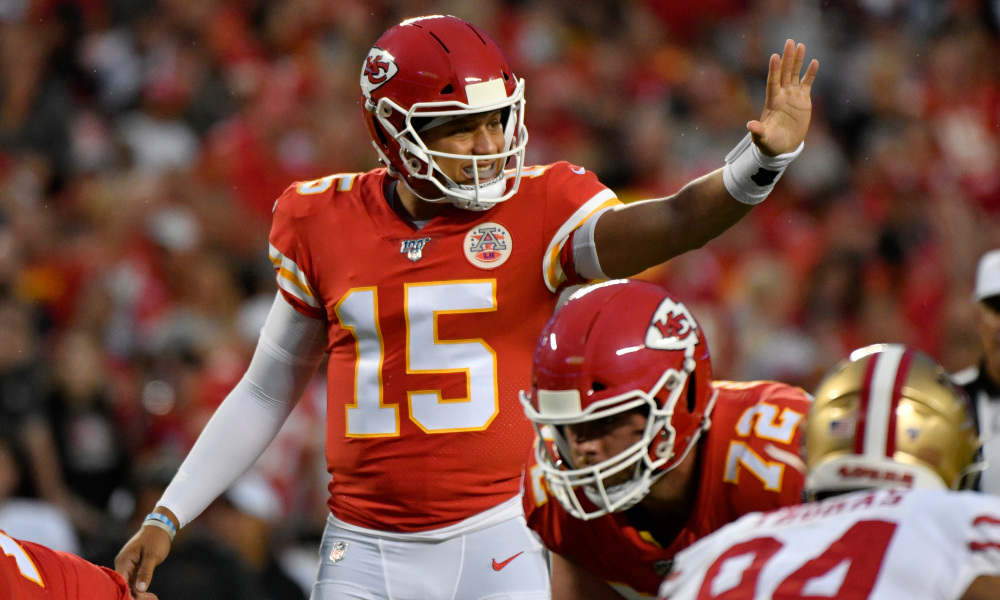 The Kansas City Chiefs’ chances of making it to Super Bowl LV and repeating as champs seemingly ride on the availability of Patrick Mahomes for the AFC Championship Game.

It appears he has made some significant progress, but he still has a long way to go before he’s officially cleared to play.

Chiefs’ QB Patrick Mahomes cleared certain steps Monday, “some big steps”, but he remains in the NFL’s concussion protocol with what is considered a concussion and it’s too early to say that he definitely will play in Sunday’s conference championship vs. the Bills, per sources.

Mahomes suffered a concussion in the third quarter of Sunday’s playoff game against the surprising Cleveland Browns. Backup quarterback Chad Henne replaced him and was able to allow the Chiefs to hold onto their lead and claim victory.

The Chiefs will face another surprising team, the Buffalo Bills, for a spot in the Super Bowl. The Bills boast young star quarterback Josh Allen and prolific wide receiver Stefon Diggs, which give them one of the most deadly passing attacks in the NFL.

Buffalo finished 13-3 on the regular season, but Kansas City will have home-field advantage by virtue of its 14-2 record on the season.