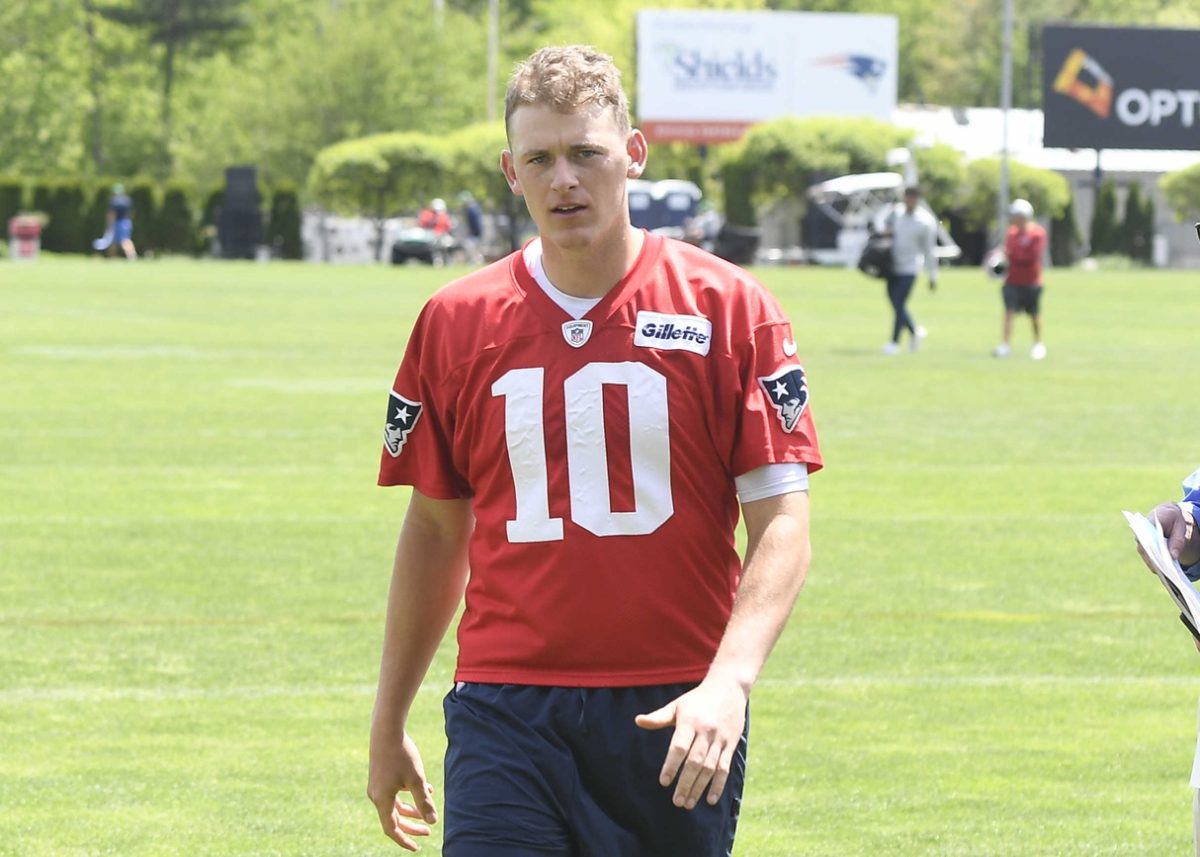 The New England Patriots are one of the most storied franchises in the NFL. Over the past three seasons, however, the team has failed to make a deep playoff run.

This coming season, the organization is looking to change its fortunes and start competing for a title again. New England will certainly rely on young quarterback Mac Jones to lead the team’s offense. While it may be daunting for a 23-year-old to bear such a responsibility, it seems that the University of Alabama product is up to the task.

His teammates have been raving about the leadership skills he has shown so far. For instance, wide receiver Kendrick Bourne praised Jones for how he has improved as a leader entering his second year in the league.

“It’s just at another level now,” Bourne told ESPN regarding Jones’ leadership. “He’s more comfortable, more confident. He knows what’s going on, and the muscle memory is there [from having gone through it] — OTAs, then camp, and the season. He’s just more locked in, more secure in his position.”

Bourne further explained how well Jones is able to connect with other Patriots players.

“He connects with all the players really well. I’m proud of that dude, because it’s not easy,” said Bourne. “Going into his second year after having a year like that, it’s going to be a challenge, but he’s a guy that likes challenges, like all of us in that Patriot building.”

New England selected Jones with the No. 15 overall pick in the 2021 NFL Draft. The move was praised by many pundits and Patriots fans, as they believed that the team found its potential long-term quarterback.

In his rookie season, Jones immediately made an impact. Not only did he earn the starting job, but he also helped guide the Patriots to a 10-7 record. Jones completed 352 passes during the season for 3,801 yards and 22 touchdowns.

Because of his performance, the Florida native earned a Pro Bowl selection. Time will tell if there are more of those in his future.