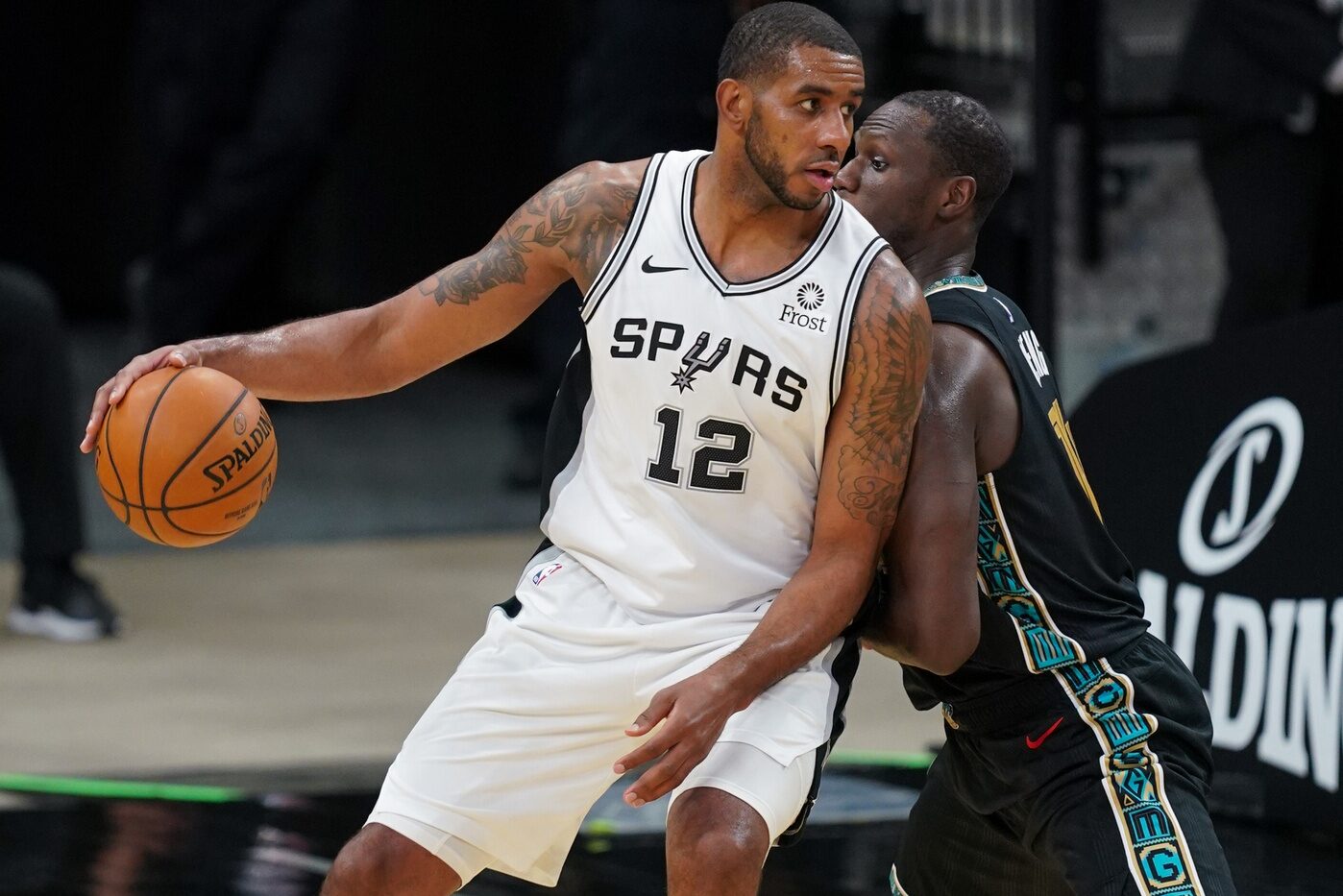 Veteran San Antonio Spurs big man LaMarcus Aldridge is a likely candidate to be traded before the March 25 NBA trade deadline, with a new report indicating that the Boston Celtics could be one of the contenders to acquire him.

Michael Scotto of HoopsHype.com looked at the current NBA trade rumors circulating and mentioned that besides the Miami Heat, the Celtics are expected by some to pursue the 35-year-old Aldridge.

“Some executives around the league who spoke with HoopsHype believe the Boston Celtics could join the mix to acquire Aldridge using their $28.5 million trade exception,” Scotto wrote.

Aldridge’s numbers this season have dipped significantly compared to his peak years, but he’s still averaging 13.7 points, 4.5 rebounds and 1.7 assists per game.

The Celtics are currently tied for the fifth-best record in the Eastern Conference with the Charlotte Hornets at 19-18 and are looking to bounce back after a bumpy first half of the season.

Aldridge is making $24 million this season and will be an unrestricted free agent this summer, which means that the Celtics presumably wouldn’t have to give up much to acquire him.

While fitting in Aldridge’s remaining contract within the Celtics’ salary cap might ordinarily be problematic, the Celtics do have a $28.5 million trade exception available.

Adding a veteran like Aldridge in the paint for their stretch run would give the Celtics a chance to reach their first NBA Finals since 2010.