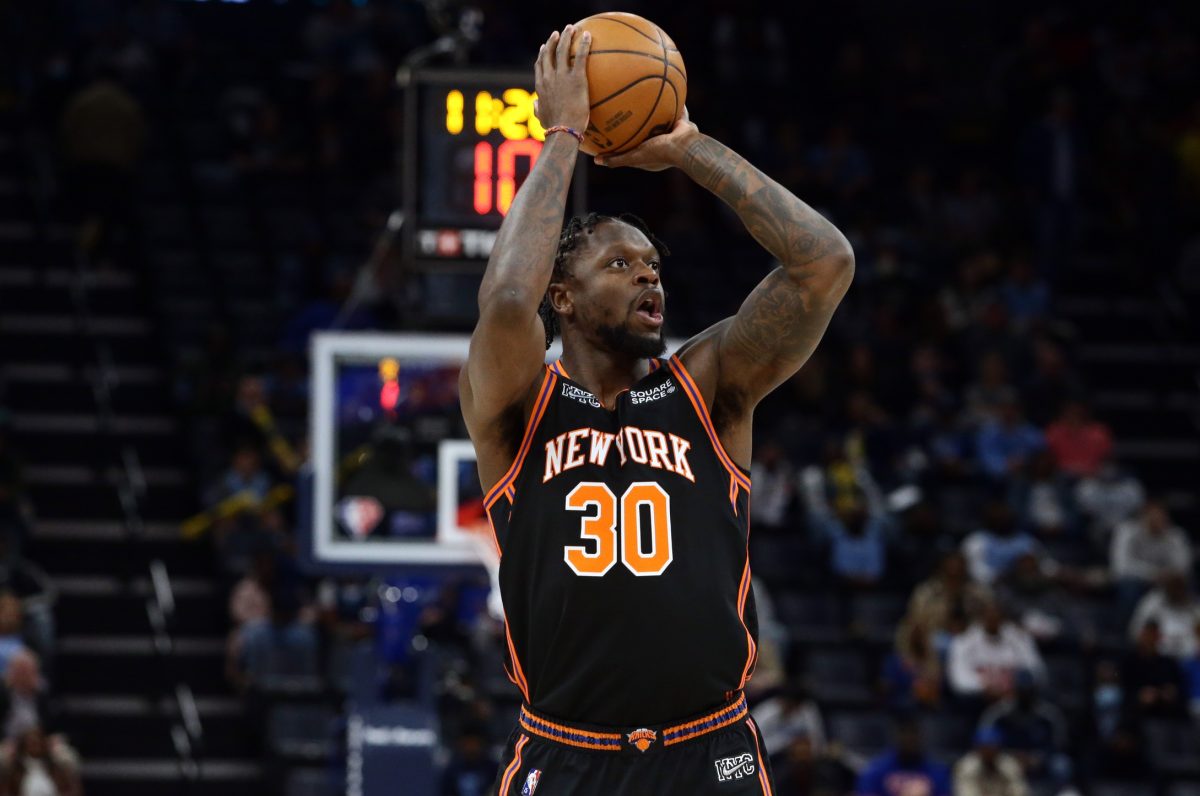 The New York Knicks have been in a lot of trade rumors lately, primarily because of their reported desire to trade for Utah Jazz star guard Donovan Mitchell.

However, just as they are interested in acquiring a big-money player, they are apparently also interested in dealing away Julius Randle, whom they signed to a four-year, $117 million extension just last year.

Now, the Knicks appear to be looking for a way out of that commitment, though they are not willing to package Randle with future first-round draft picks in order to make a deal happen, according to a recent report from Fred Katz of The Athletic.

“The four remaining seasons on Randle’s deal have made teams, even ones who believe last season wasn’t representative of who he is, hesitant about acquiring him,” Katz wrote. “The Knicks, meanwhile, haven’t been willing to attach a first-rounder or two to send him elsewhere.”

Truthfully, it’s a bit of a surprise that the Knicks seem so interested in parting ways with Randle a little more than a year after giving him an extension. Though, this kind of dysfunction is not all that rare in the case of the Knicks.

His numbers took a slight dip across the boat last season, and he averaged 20.1 points, 9.9 rebounds and 5.1 assists per game. Perhaps most importantly, his relationship seemed to start to sour with his teammates and Knicks fans.

His most notable act arguably came when he thrusted a thumbs down to Knicks fans after a comeback win capped by an RJ Barrett buzzer-beater back in January. He revealed that his gesture meant to tell fans to “shut the f— up.”

Though he apologized later and explained that his actions came from a place of passion and love, it certainly seemed to indicate trouble brewing below the surface.

With the weeks winding down before the start of the 2022-23 regular season, it will be interesting to see if Randle remains in New York much longer.