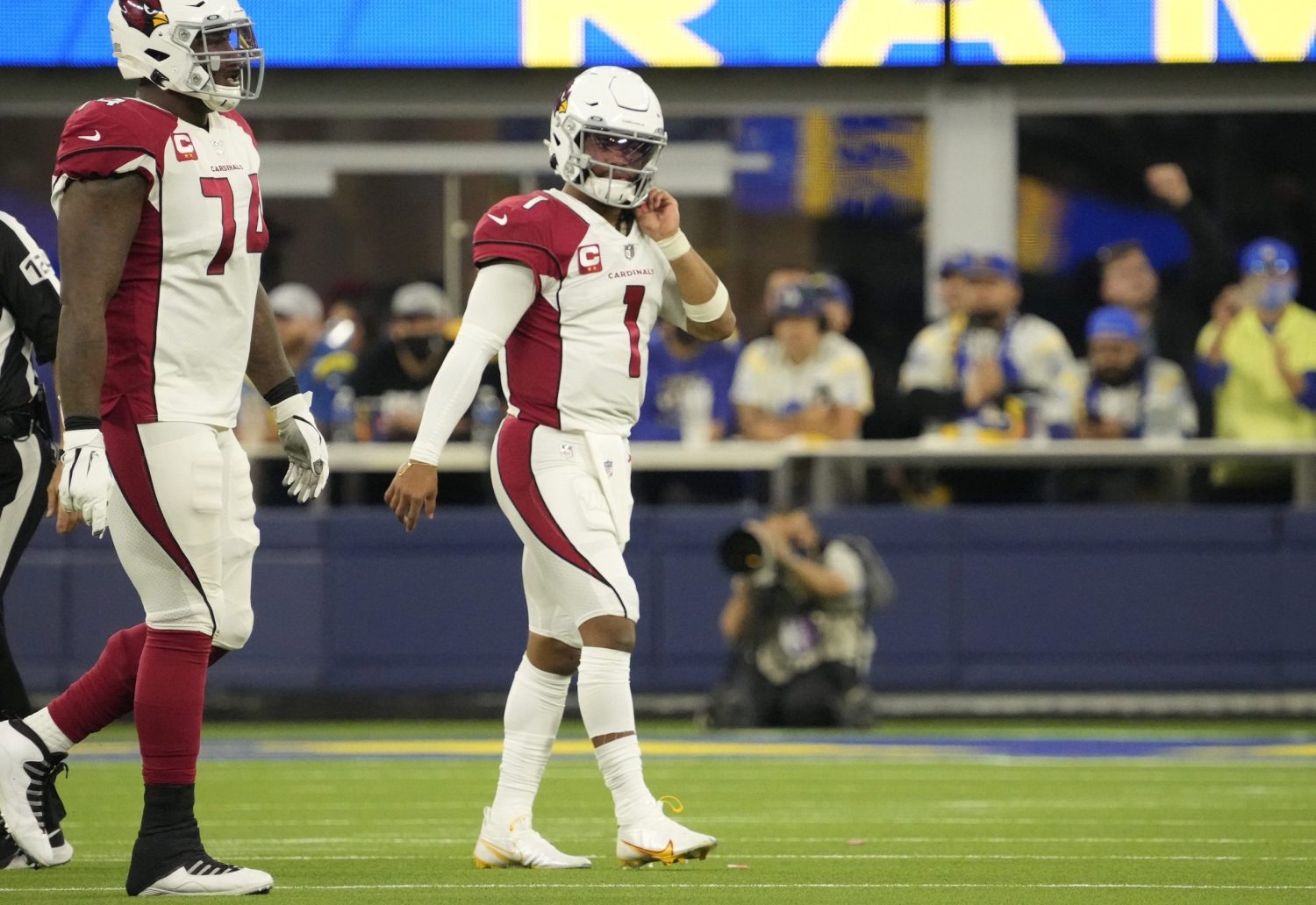 One simmering drama that is going on in the NFL right now is the situation between Kyler Murray and the Arizona Cardinals.

Essentially ever since the previous season came to an end, there have been rumors that Murray is pushing hard to receive a lucrative contract extension.

Back in March, it was reported that Murray was angling to have his contract situation figured out before the 2022 NFL Draft. Even then, there were indications that the situation had “potential to get worse before it gets better.”

Well, it seems like that potential to get worse may be on the horizon. Based on a more recent report, there is an expectation across the NFL that Murray won’t be “too eager” to suit up if a new deal does not get done.

“The expectation leaguewide is Murray won’t be too eager to play this season without a new deal,” Jeremy Fowler of ESPN reported. “Many NFL execs consider Murray in the same QB pantheon class as the [Las Vegas] Raiders’ Derek Carr, who recently got a $121.4 million extension over three years. Perhaps Murray can get slightly more per year due to age (24 to Carr’s 31) and a higher ceiling.”

Murray entered the NFL as the No. 1 overall pick in the 2019 NFL Draft. Since then, he has really blossomed as a passer for the Cardinals and is seen as a real threat both through the air and on the ground.

It makes sense why Murray is angling for an extension. After all, quarterbacks all over the league seem to constantly be getting lucrative extensions. After proving himself for three seasons, it’s no shock that Murray wants to make more than he currently is on his rookie deal.

Whether this added pressure on the Cardinals front office actually does anything to speed the process along remains to be seen.