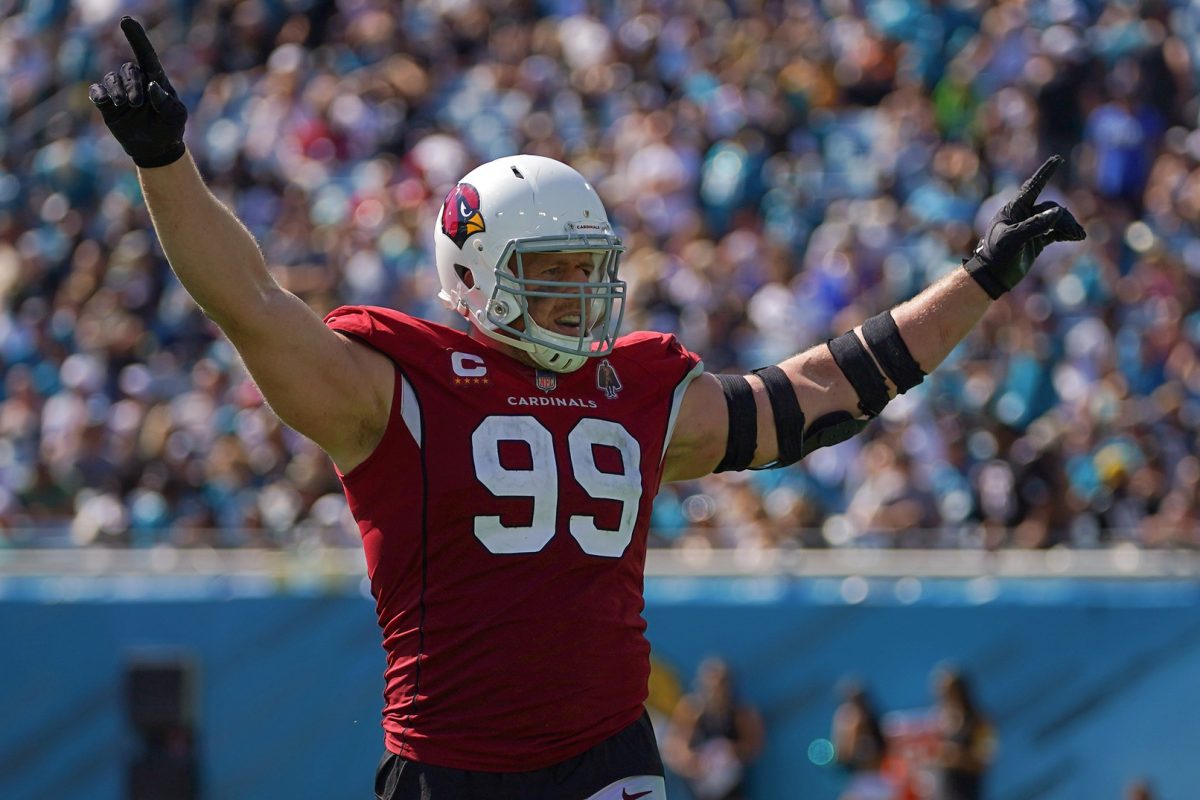 J.J. Watt will be facing the Houston Texans for the first time since leaving the team this past offseason.

Before the start of the game, the Arizona Cardinals defensive end posted a video on Twitter to hype up the game.

The Texans drafted Watt with the 11th overall pick in the 2011 NFL Draft. Watt went on to play for the franchise for 10 seasons. Throughout that stretch, he won the NFL Defensive Player of the Year three times and gathered many more impressive accolades.

Watt dropped a bombshell earlier this year when he announced that he had mutually agreed to part ways with the franchise.

Not long after, he signed with the Cardinals.

Arizona has been on a tear since Watt’s arrival. The team is currently 6-0, thanks in large part to its strong defense.

Houston, on the other hand, clearly misses the star. Sitting at 1-5, it has one of the league’s worst teams this season so far.