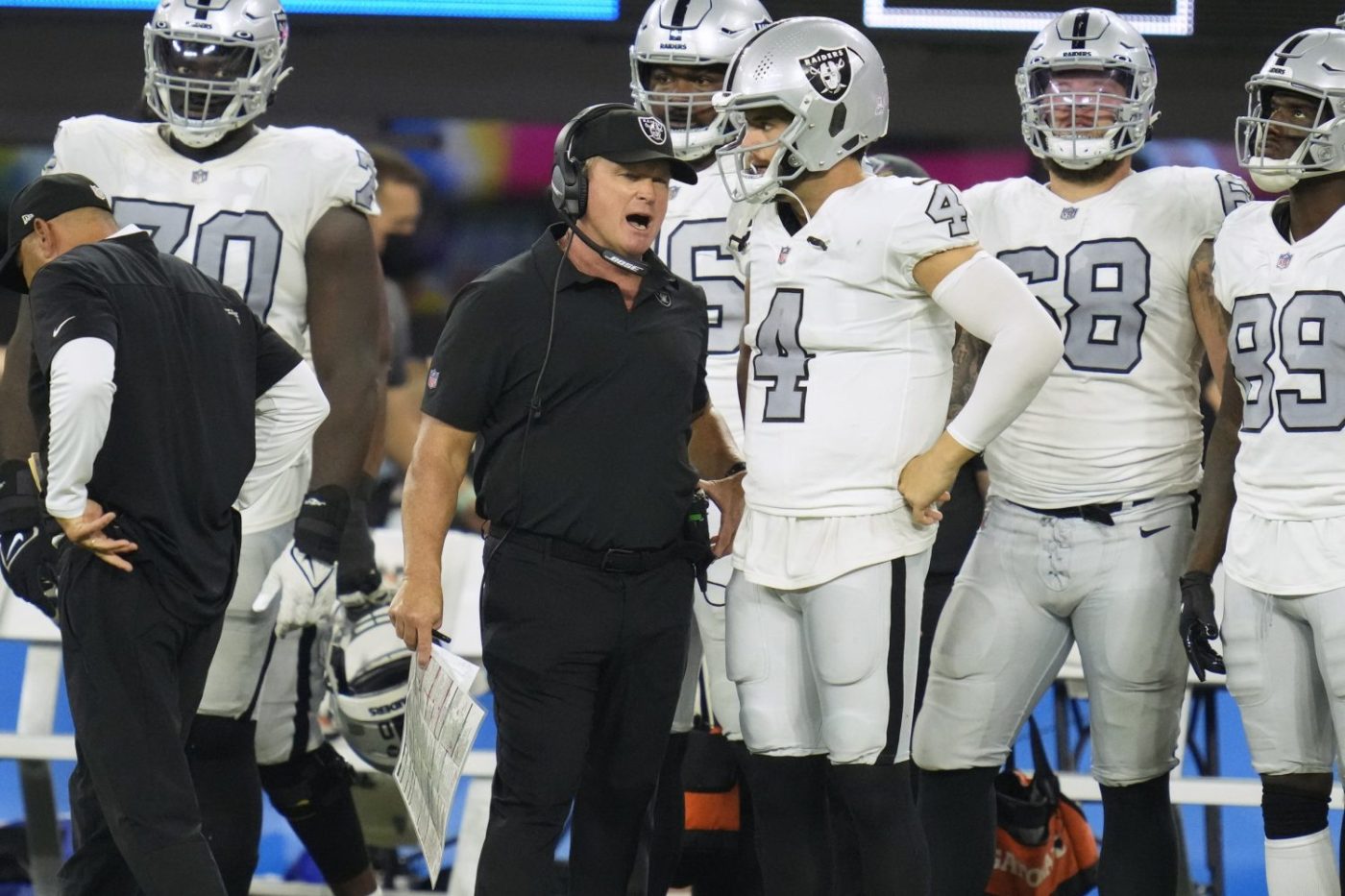 In the aftermath, Raiders quarterback Derek Carr offered his take on the matter.

“If we just started opening up everybody’s private emails and texts, people would start sweating a little bit,” Carr said. “… Hopefully not too many. But maybe that’s what they should do for all coaches and GMs and owners from now on, is open up. You’ve got to open up everything. See what happens.”

He went on to explain that he loves “the man” but hates “the sin.”

Carr certainly seems emotional about the situation. Gruden, who had previously coached the Raiders from 1998 to 2001, was in the fourth season of his second tenure with the team before resigning.

Carr and the Raiders are still hoping to earn a playoff bid despite the recent developments. For the time being, the Raiders will move forward with interim head coach Rich Bisaccia.

Las Vegas is 3-2 on the year, and it still has a good chance of making the playoffs.

If that’s going to happen, the team will likely need a strong showing from Carr the rest of the way. So far this season, the 30-year-old has completed 63.9 percent of his passes for 1,605 yards and eight touchdowns.