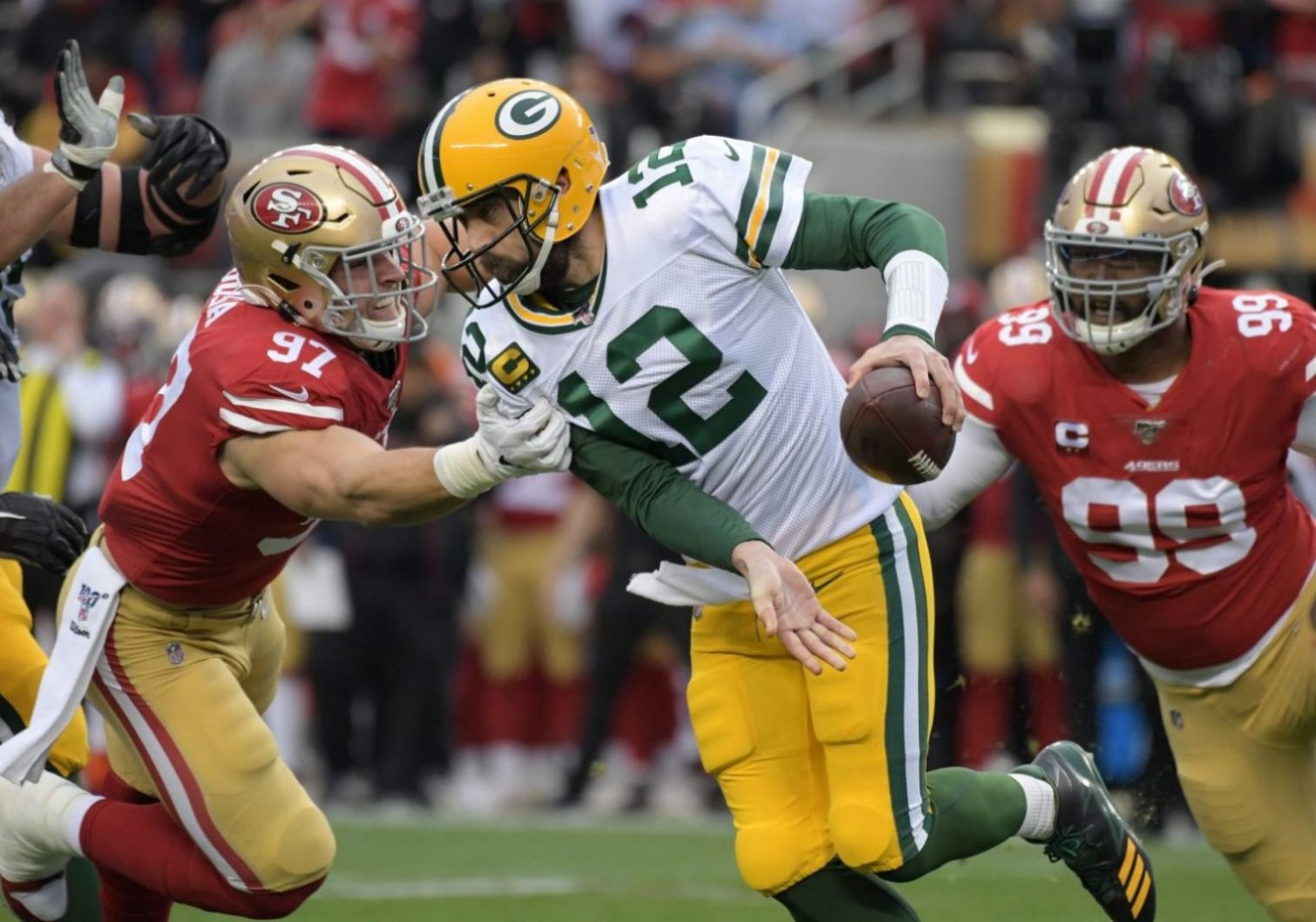 Aaron Rodgers and the Green Bay Packers will be facing the San Francisco 49ers on Sunday.

Incidentally, when Rodgers and the Packers had an impasse in the offseason, the star quarterback reportedly had the 49ers at the top of his list of possible destinations.

“Sources say that the 49ers were Rodgers’ top choice when it came to a new destination,” wrote NFL insider Ian Rapoport. “And when the 49ers made their phone call to coach Matt LaFleur, it was done because they got word that Rodgers was more than into it.

“In fact, LaFleur and Niners coach Kyle Shanahan did talk, with LaFleur quickly shutting the door on any possible trade as quickly as it was brought up. This was before San Francisco traded up to No. 3 to eventually take Trey Lance.”

It would have certainly been interesting if Rodgers indeed landed in San Francisco earlier this year. Entering the 2005 NFL Draft, he wanted the 49ers, the team he supported and grew up near, to select him with the first overall pick.

However, San Francisco chose Alex Smith instead, and Rodgers was drafted later in the first round by the Packers.

Rodgers eventually agreed on a reworked contract with the Packers in July.