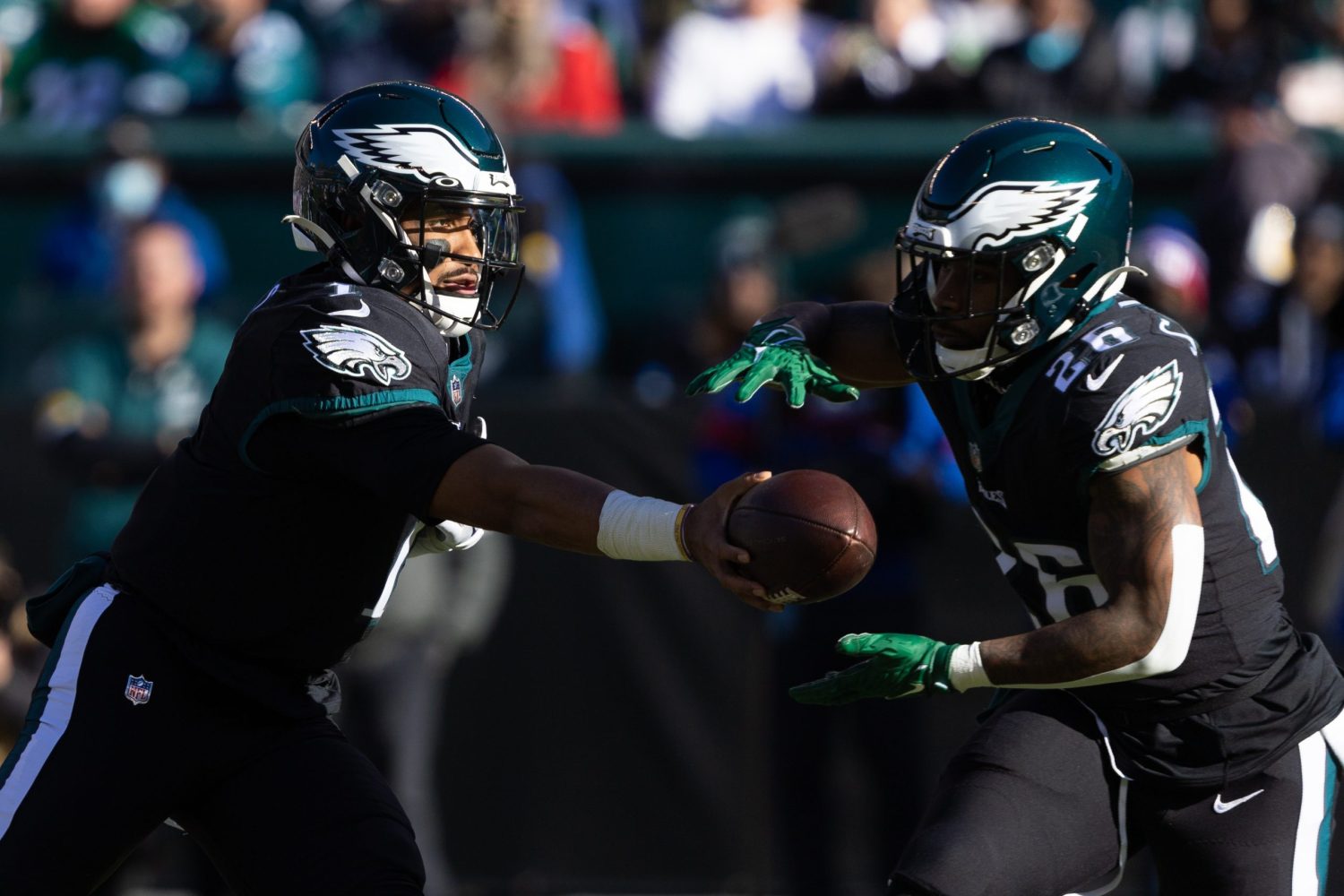 The Philadelphia Eagles earned a 34-10 win over the New York Giants on Sunday, but it didn’t come without a worrisome development.

Running back Miles Sanders reportedly suffered a broken bone in his hand during the game. It remains to be seen whether or not he will be able to play through the injury.

#Eagles RB Miles Sanders broke a bone in his hand yesterday, sources say, and he’ll have an MRI and additional tests today to determine if there is other damage and whether or not he can play through it. Sanders left the stadium in a soft cast.

The Eagles are certainly hoping that Sanders will be able to play through the injury, but only time will provide a real answer. The 24-year-old has been an important part of Philadelphia’s offense this season.

The third-year player has also made an impact in the passing game, as he has reeled in 26 receptions for 158 yards.

The Eagles are in the midst of an intense playoff race in the NFC, and they’re likely going to need to finish strong in order to make the postseason. Losing Sanders would be a big blow.

Philadelphia is trying to get back to the playoffs after missing out in the 2020 campaign. Of course, the organization would love nothing more than to win its second Super Bowl title.

That might be a long shot, but if the Eagles want to keep their title hopes alive, having a healthy Sanders would go a long way. More information will likely become available on his status in the near future.

Philadelphia will play the Washington Football Team on the road in Week 17.