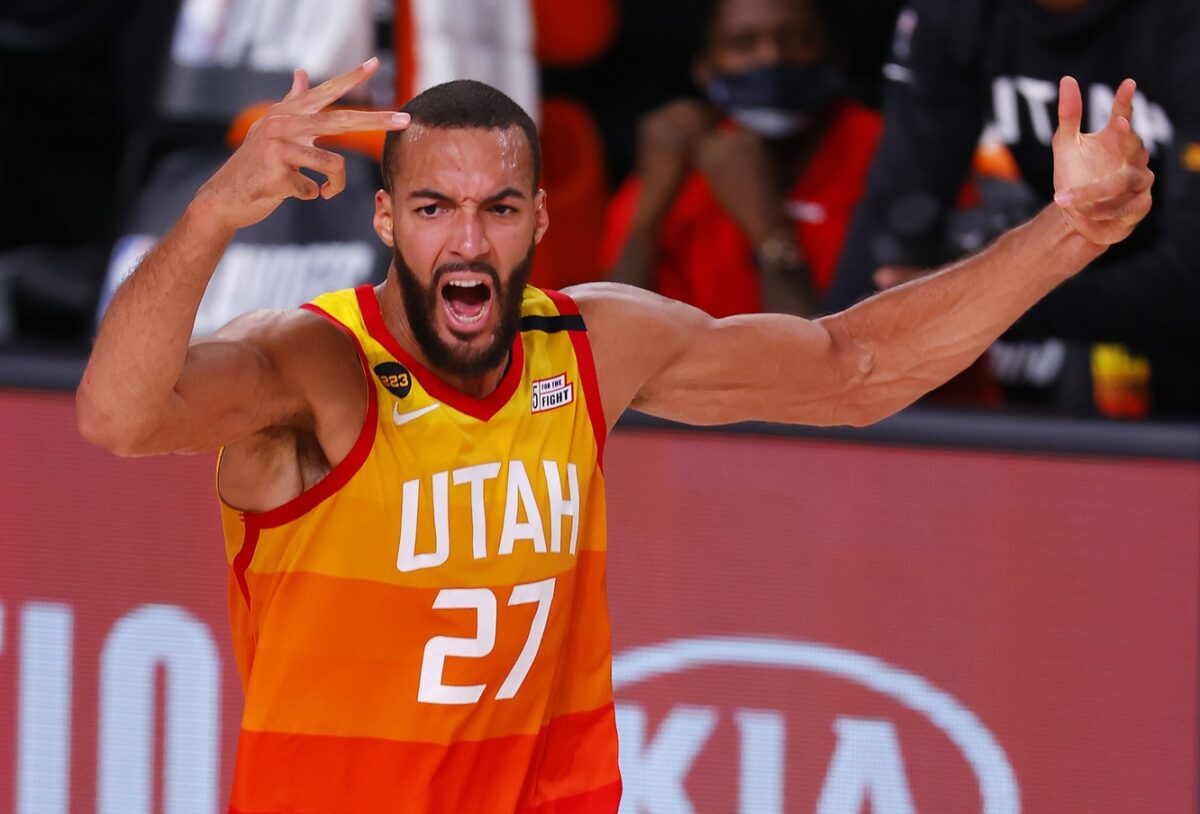 The Utah Jazz could be in for a lot of big changes this offseason, as there are currently trade rumors surrounding stars Rudy Gobert and Donovan Mitchell.

Fans and experts alike have pegged evidence that Gobert and Mitchell do not enjoy playing together. Perhaps more importantly, the duo has yet to enjoy much playoff success together despite leading some of the more successful regular season teams in the last few years.

With the 2022 NBA Finals on the verge of getting started, the NBA offseason rumor mill is also starting to turn. Recently, it was reported that the Jazz are apparently weighing their options when it comes to dealing away Gobert.

“The Jazz are weighing trade possibilities with three-time Defensive Player of the Year Rudy Gobert, who NBA sources have pegged as one of Toronto’s targets to satisfy its appetite for a starting rim-protector,” Jake Fischer of Bleacher Report wrote.

As is the case with all rumors leading up to the NBA offseason, the rumors regarding Gobert and Mitchell at the moment need to be taken with a grain of salt. Surely, the Jazz do not want to rebuild their entire roster after consistently being one of the better teams in the West over the last few seasons.

Still, it is somewhat clear that the current core of the team is not getting the job done when it comes to seriously contending for a title. Perhaps now is the time for the team to make some drastic moves to try to build towards a better future.